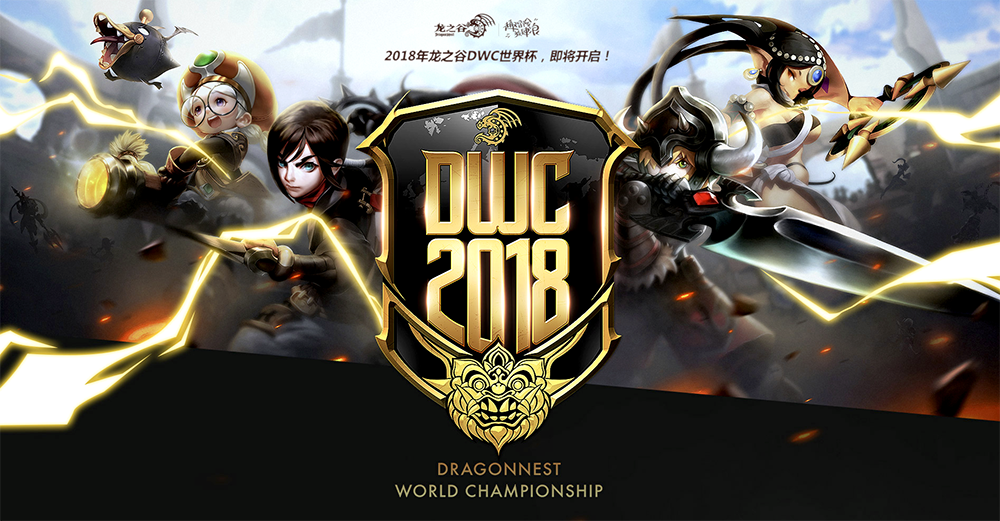 DWC is an abbreviation for Dragon Nest World Championship.

Dragon Nest is an online game serviced not only to DNSEA, but worldwide

During our long period of game service, DWC has been a festival for everyone, an offline event to celebrate and get the heart racing in all Dragon Nest users all around the world.

And finally, DWC will be held in China on December, 2018.

The 2018 DWC will be the battlefield for a total of six teams on the final round to become the world’s best.

Now, it is your time to grasp this chance to become the best team.

The 2018 DWC IN CHINA will not only be a chance to prove yourself as the world’s most powerful Dragon Nest Adventurer, but also a chance to earn an enormous cash prize

EACH CHAMPIONS FROM THEIR REGIONAL SERVER'S TEAM SELECTION MATCH

AND ON SUNDAY 9TH DECEMBER, THE LAST FOUR TEAMS SHOWDOWN. 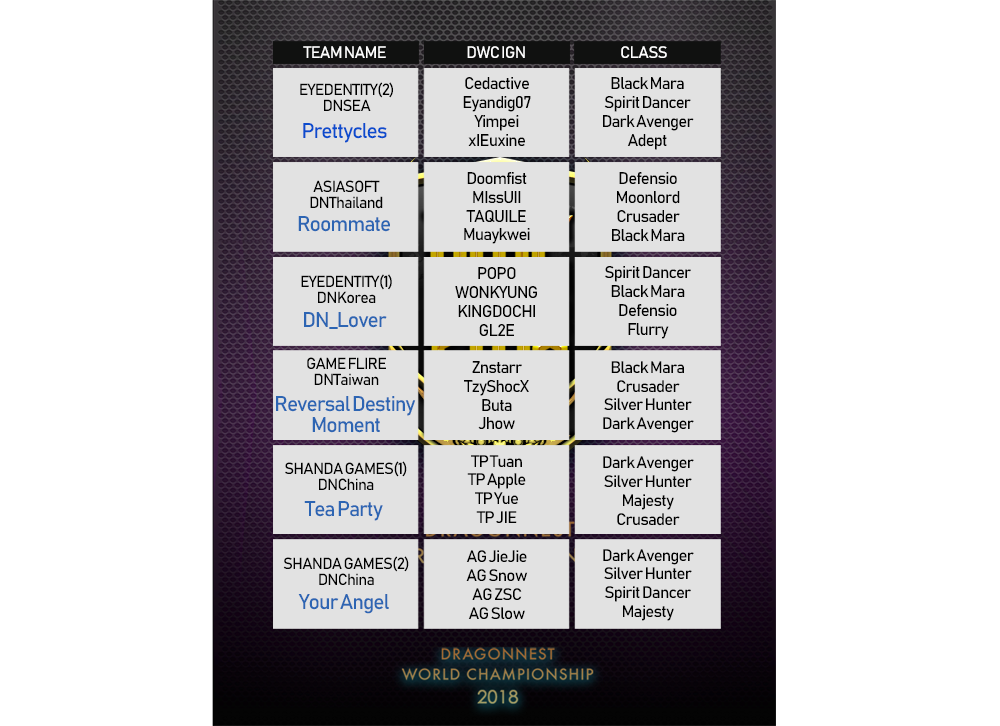 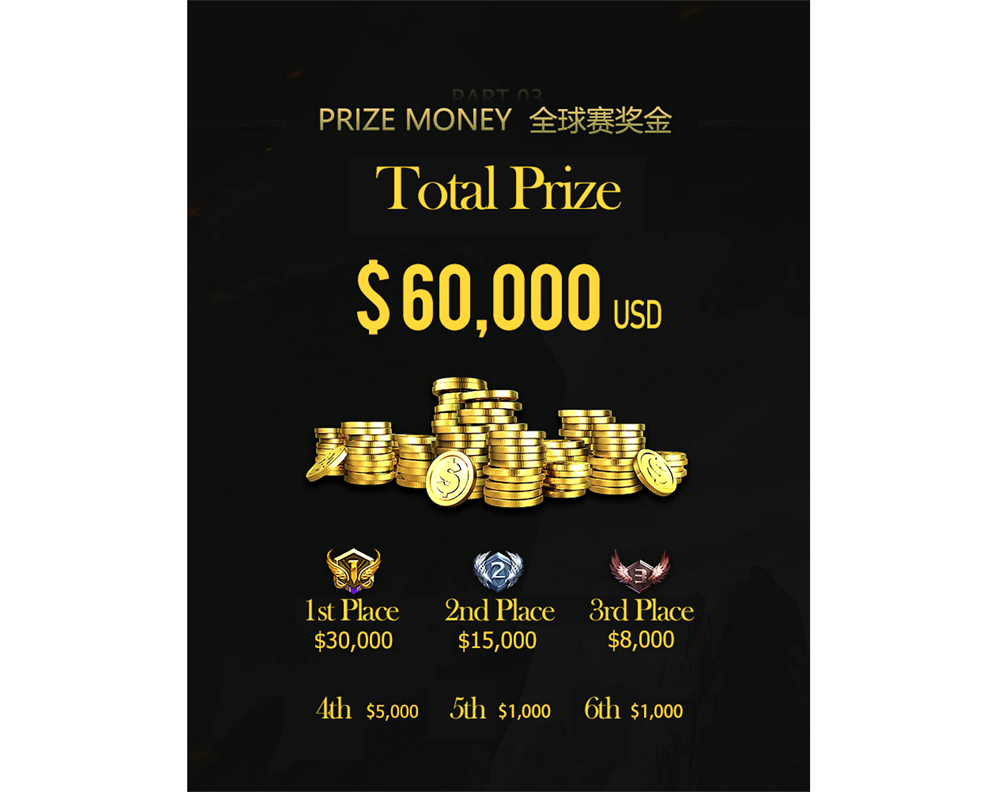 • The team that loses in the Kill All mode will select the next match’s map.

• 2 groups will begin their matches simultaneously in the arranged order (Each group consists of 3 teams). Proceeding will be Best-of-Three (Kill All > Round > Kill All)

• 2 teams that acquire the highest Points will go to the semi-finals.

- Main Points : Regardless of match mode, 1 Point for winning, 0 Point for losing.

• If more than 2 teams within a group acquire same point, ranking will be decided by Small Points.

• If there are 2 teams that acquired same amount of Small Points, the tie-breaker will be a Sudden Death Match in the Kill All mode (Winner will be decided by one match).

• Semi-finals will be a tournament system.

• Finals will be a tournament system.

• The winners of the Semi-Finals will fight each other.

Don't forget to witness it LIVE this weekend!