15. Increase in Light and Darkness Cube

• Before Awakening, Ruina had the problem of skill combos being fixed and all her damage concentrated in the successive [Overcharge]. In order to solve this problem, [Overcharge] skill has been changed to a skill with cooldown that deals damage on its own instead of inheriting damage of the preceding skill. Now an additional control allows you to choose to attack without advancing forward.

• With the above changes in [Overcharge] which used to have a high damage weightage, damage of other skills have increased for the overall balance in skill damage.

• Also, with Awakening, Ruina is no longer bound by fixed skill combos. [Duck] skill will be revamped so that it can be used to cancel any main skills while they are in use to allow you to follow up with another skill. This allows various combo plays that suits your skill proficiency and preferences. To provide complete freedom in successive skills, increase in damage with [Gear Step] has been removed.

• Apart from that, you can now manage Steam more easily when attacking enemies, even without the pointless repeated usage of Duck, and various skill conveniences have improved, including Awakening skill.

Rock Fist (Active) : Slams the ground up to 4 times to create circular shockwaves nearby. Afterwards, Ruina pulls her fist from the ground and additionally attacks enemies with the shards that pop out of the ground. The more she slams the ground, the more shards to shoot. Can be used in the air.

Beast Rush (Active) : Dashes forward and hits enemies with a powerful shoulder attack and when the attack hits enemies accurately, a rampant combination of Ruina's skills is used. Ruina is invulnerable during the rampant attack and the attack can be cancelled any time with [Duck].

[Awakened Passive] Duck : When you are using [Flow Up], [Flow Through], [Flying Knee Kick], [Kidney Blow], or [Overhit], you can cancel it any time by using [Duck] and cooldown time of the cancelled skill will be reduced. Cooldown is reduced even when the skill is cancelled after it hits targets so you can use this to relay successive skills and make use of the cooldown reduction.

[Awakened Passive] Overcharge : [Overcharge]'s Attack Power increases and when you enter [Back Direction Key] during Level 2 charging, the character will not move forward but attack on the spot with a powerful punching action.

• With Awakening, changes have been made as a part of [Tanker and Healer revamp]. Most importantly, a shield that absorbs damage equal to a proportion of party member's HP can be given to party members with [Awakened Passive] Overclock skill. For more details, please refer to [Machina Awakening Balance Changes].

• Like Ruina, increase in damage for successive skill combo using [Gear Step] has been removed, but using [Current Mastery] Passive in skill combo creates [Recovery Current] which can be exploded using the Awakening skill [Reverse Order] to deal damage. Also, more skills can now be used in the air.

Reverse Order (Active) : Commands nearby [Recovery Currents] to immediately change into [Explosion Currents] to attack enemies. Also, if there are [Marks] on enemies created by [Taunting Blow], they will explode too.

Ruination (Active) : Descends rapidly from midair and hits the ground with a fist to lift the ground in front and create shockwaves that attack enemies.

[Awakened Passive] Air Shove : [Air Shove] is activated automatically at a fixed rate when you are attacked on the ground or in the air.

[Awakened Passive] Overclock : When [Overclock] buff is used, a shield that absorbs damage equal to a certain percentage of ally's HP protects nearby allies for a fixed duration.

[Awakened Passive] Current Mastery : When [Step Up] is followed with [Beat Down] or [Leap Over], 1 [Recovery Current] will be created. 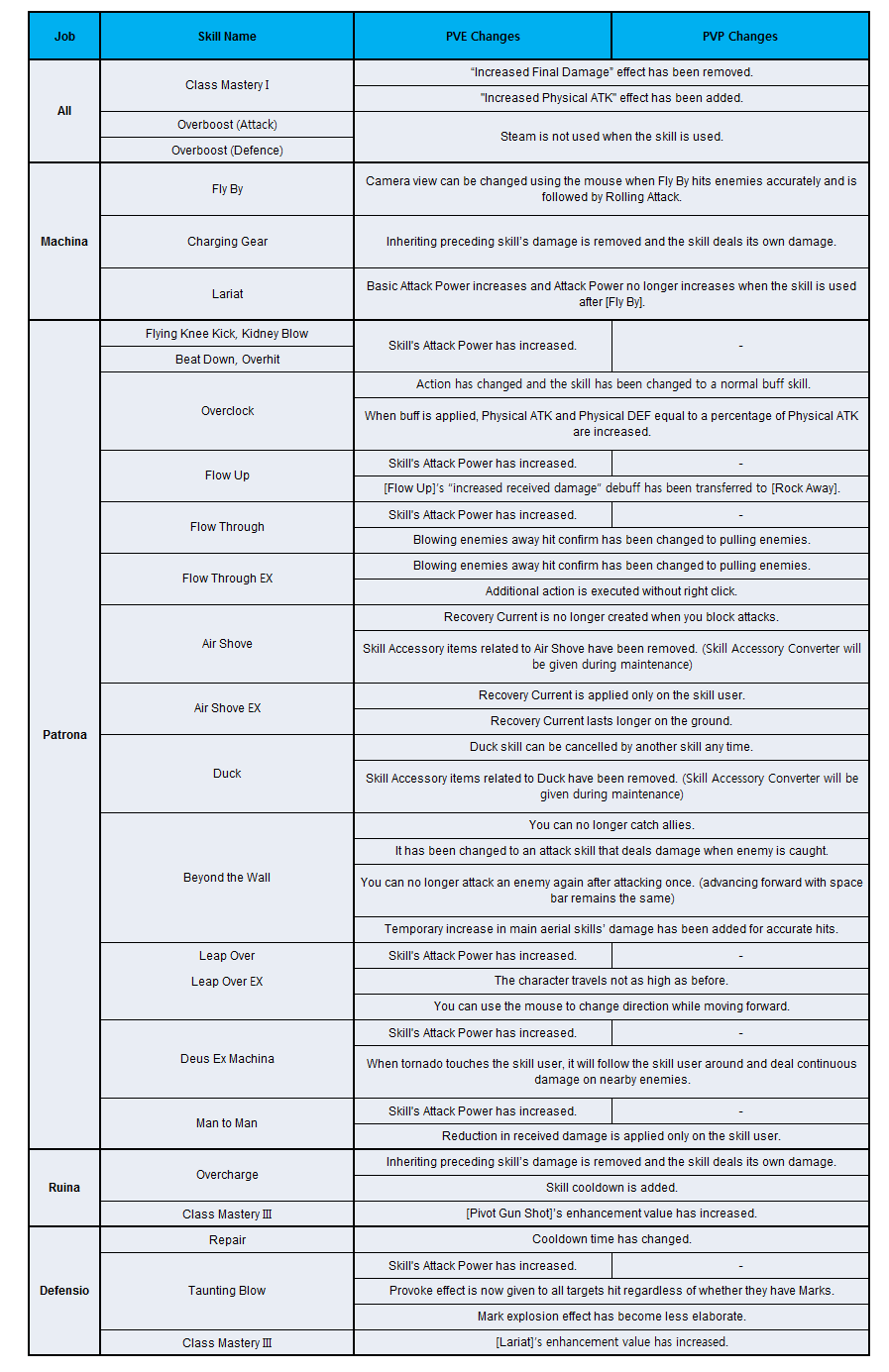 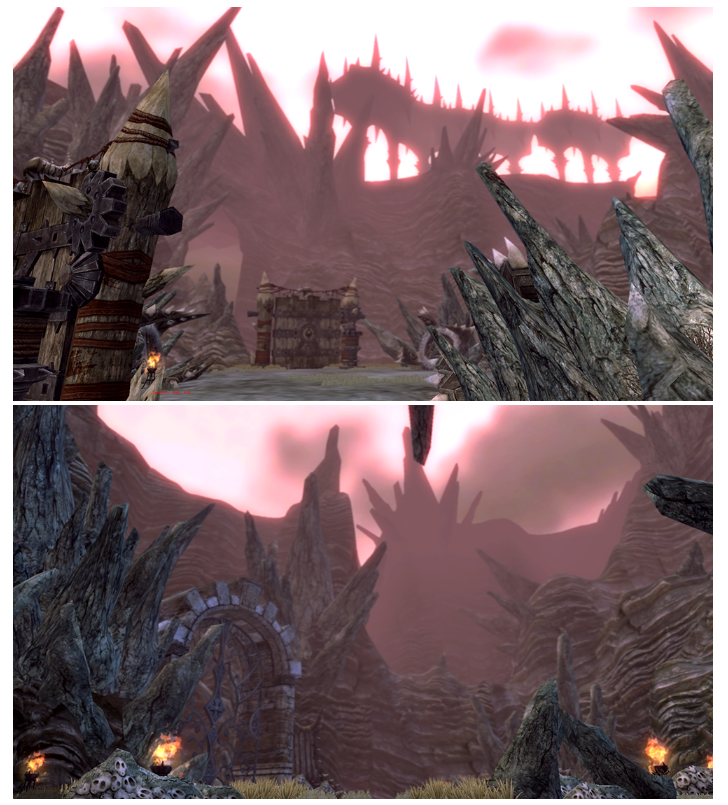 You have taken your first step on Hero's path.

can you prove your worth even with a blunt blade?

Open the gates of hell!

Only the one who slays the hound from hell

shall be worthy of the ultimate weapon!

※ Stats will be balanced for Cerberus Beginner Nest. 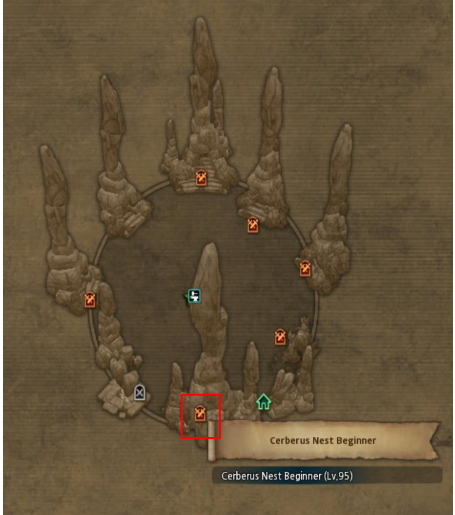 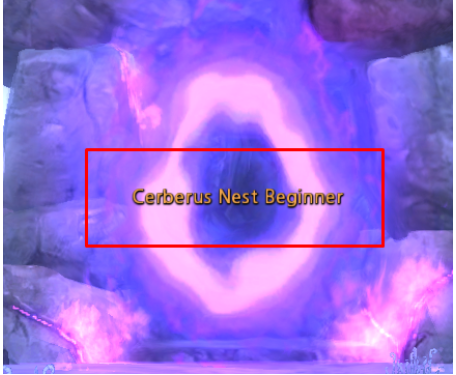 -  New Level 95 players will get 3 Cerberus Fellowship Special Entry Tickets in their Mailbox.

-  Players who have already reached Level 95 in the past will not get the tickets.

- It can be used when you are in a party and the party leader has Special Entry Ticket.

- Special Entry Ticket can only be used in certain Nests.

※ You can get the guide quest from Traveller Free in front of Saint Haven’s fountain. 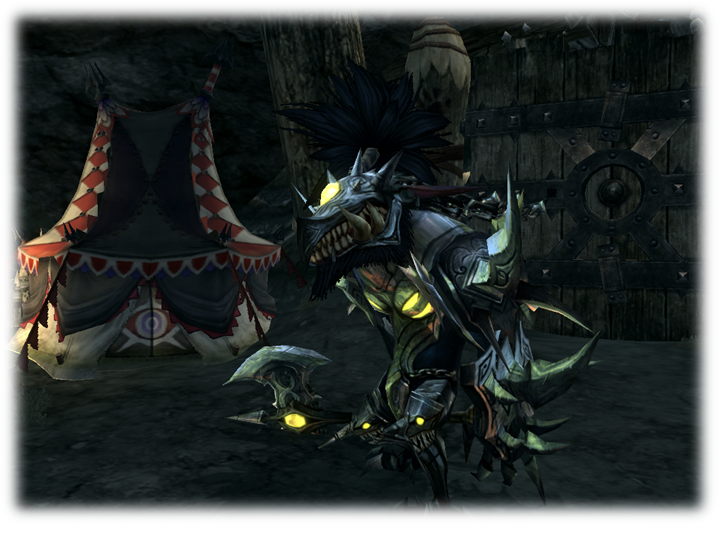 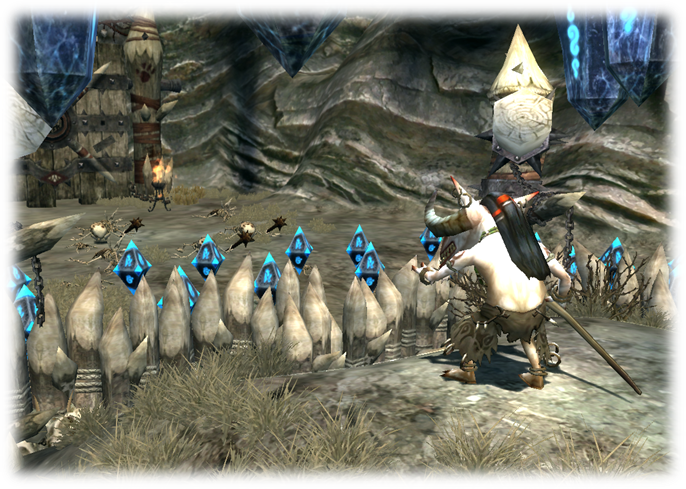 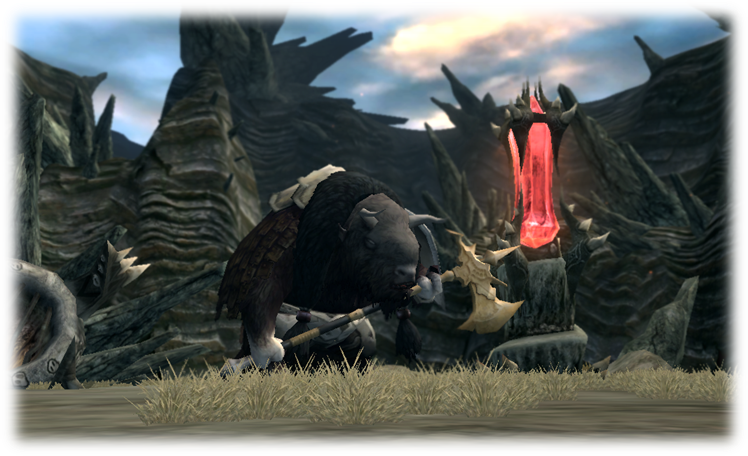 - The hoggish Ogre Brothers have a strong brotherly bond and are filled with darkness. 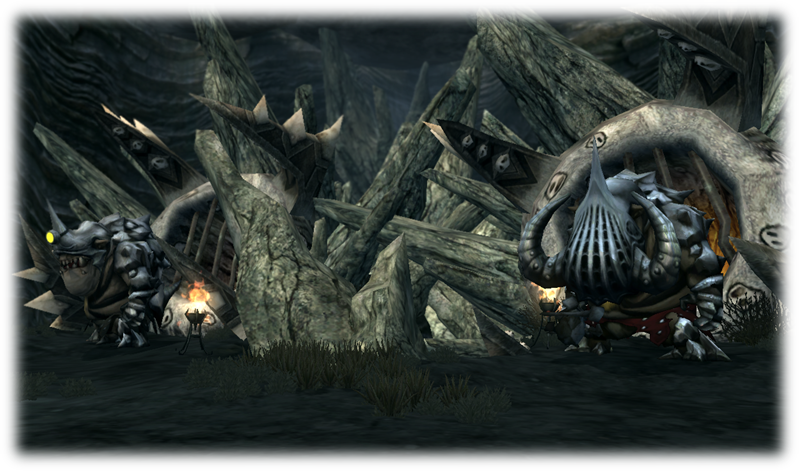 - The three-headed hound from hell has a different temperament and power for each head. 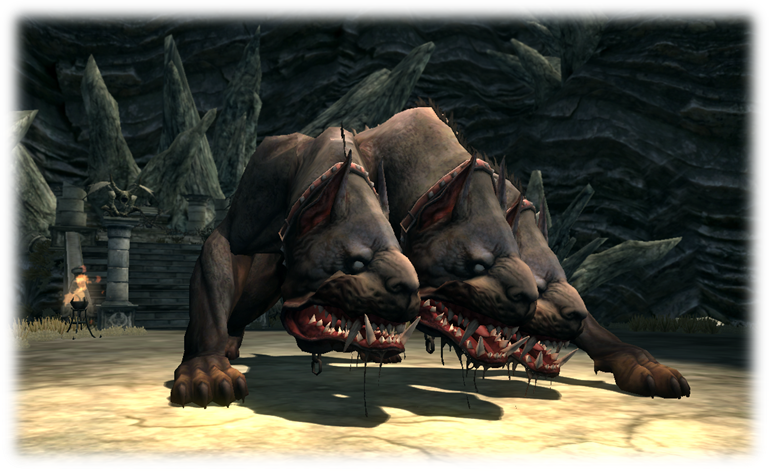 - You can get various goods, Gold, and point items that are needed for growth after reaching Level 95:

- You can get various goods, Gold, and point items that are needed for growth after reaching Level 95:

Will this difficult choice

bring a hope that saves you,

or a calamity that punishes me?

I remember the faint light,

that shone upon me

while I was submerged in darkness.

light my path beside me,

and I will bring you salvation.

※ Press the shortcut key "U" and click "Remote Quest" tab at the top of the quest window. Accept specialization quest to read the new story.

※ You can get the first specialization quest from Saint Haven's Master Warrior Rodrigo.

◆ Changes in Stat Increment due to Hero Level 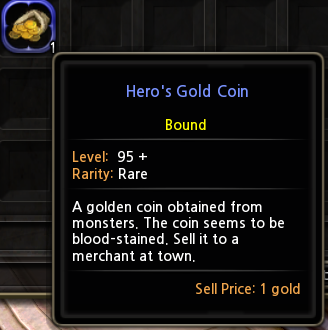 ◆ [Guild Board and Guild Nest]

◆ With the increasing benefits of playing alone, we thought that less amount of Community Points could be earned from playing in a party, so we have made adjustments to some of the points given as party rewards.

◆ Starting from this month, health of monsters in [Green Dragon Time Attack] will decrease by 10% every month compared to the HP at first update. 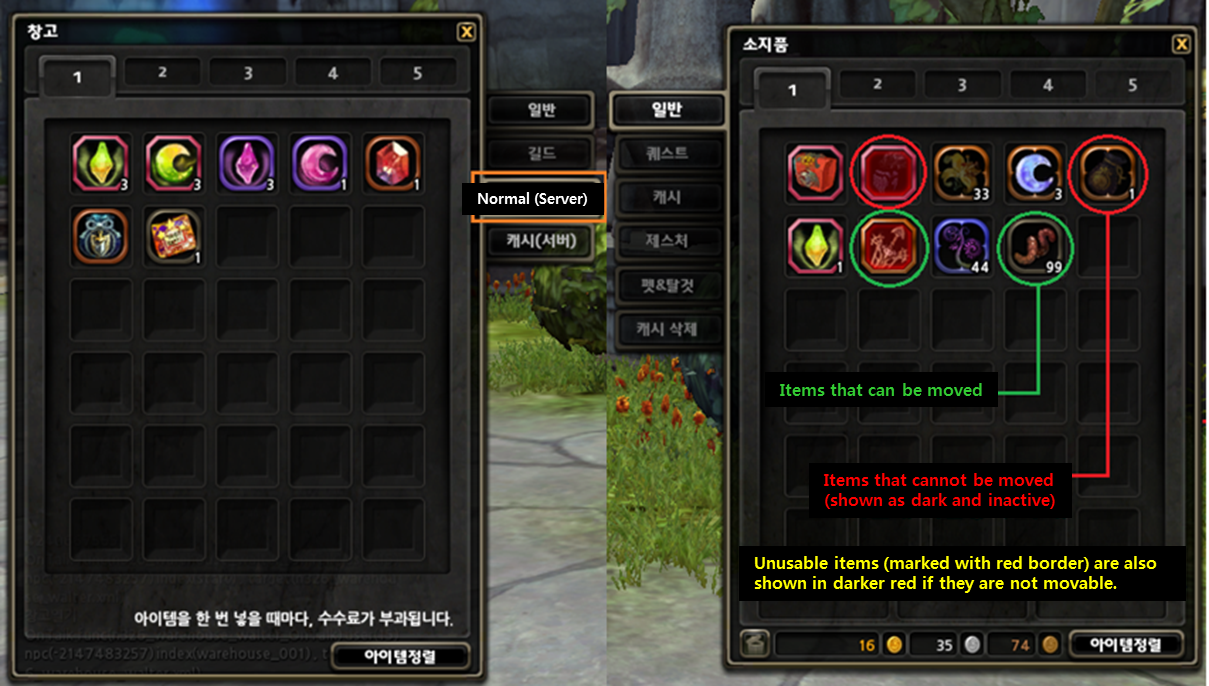 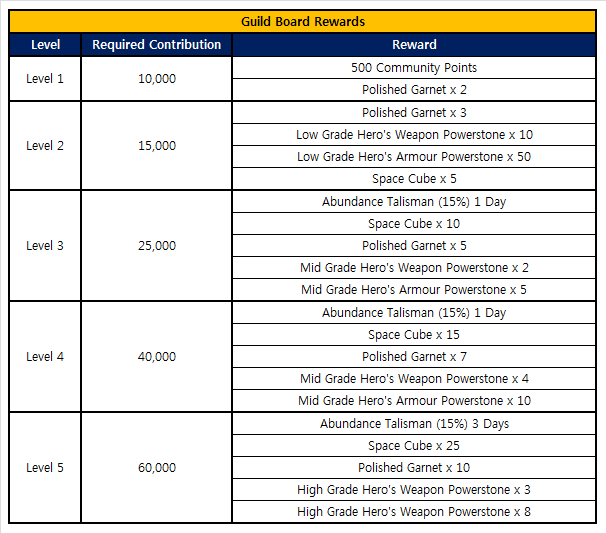 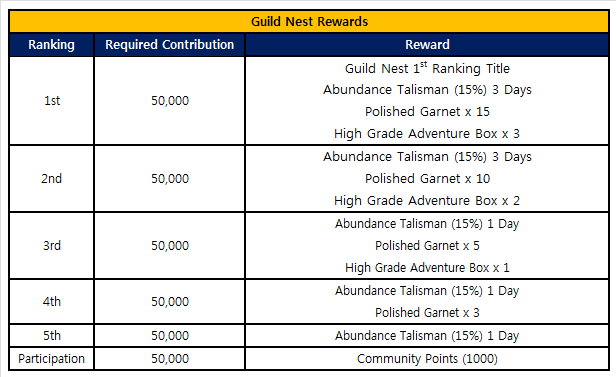 ◆ [Changes in Gold/Silver/Bronze chest rewards inside the dungeon]

15. Increase in Light and Darkness Cube

◆ Changes in Heraldry and Talisman icons

◆ Changes and Additions in Item Effects 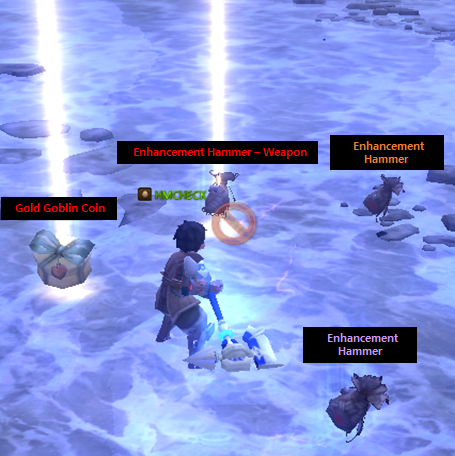 ◆ Fellowship Heraldry can be placed in Server Storage

※ Some of the skill plates effect will be removed due to skill balancing. 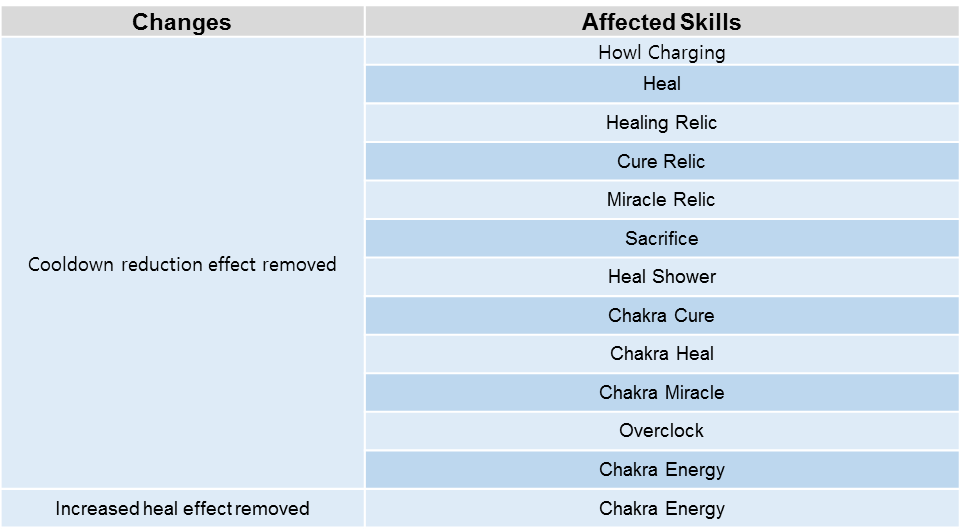 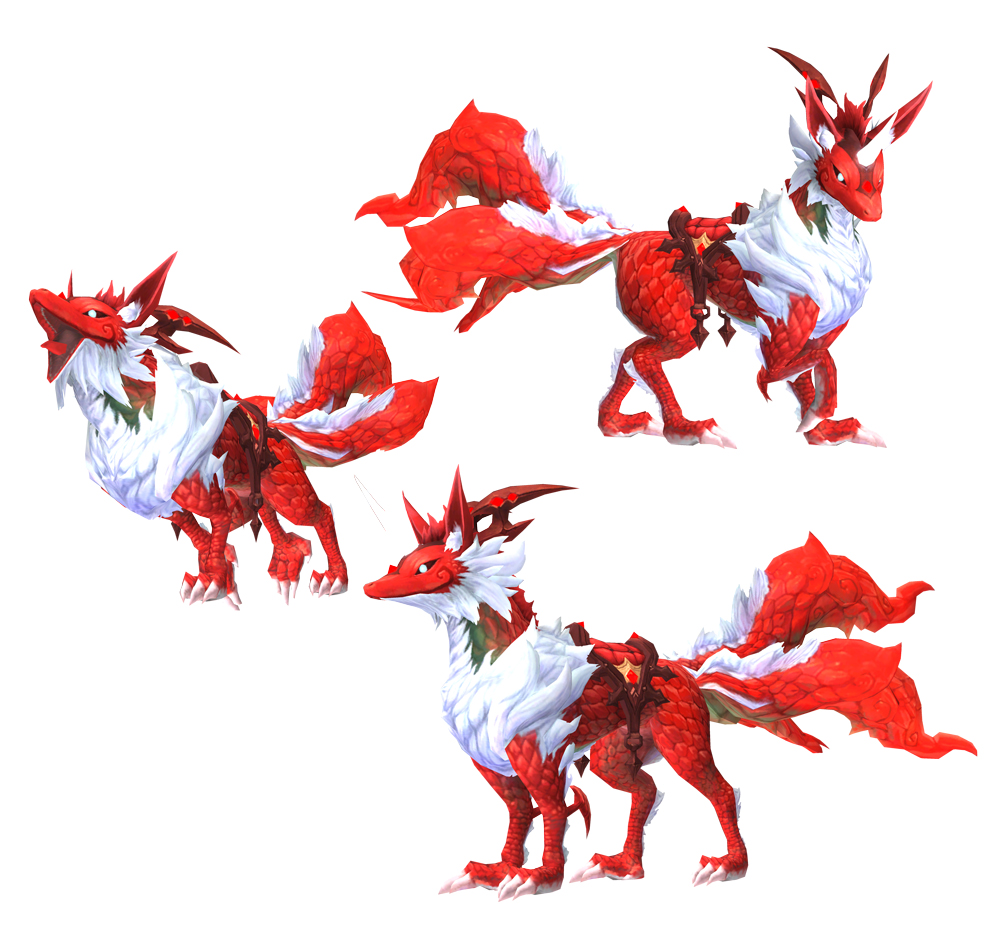 Get this mount from updated Altea's Gacha Box!

You can get hats (possibly the ones released years ago) randomly from the box.

The Box is sold in Cash Shop.

The package is sold in Cash Shop.

Now the Crystal Point is sold in Cash Shop.

At the same time, Crystal Point Store has been upgrade and now you can purcahse "Bunny Costume" and "Marine Costume" in the Crystal Store with Crystal Points. 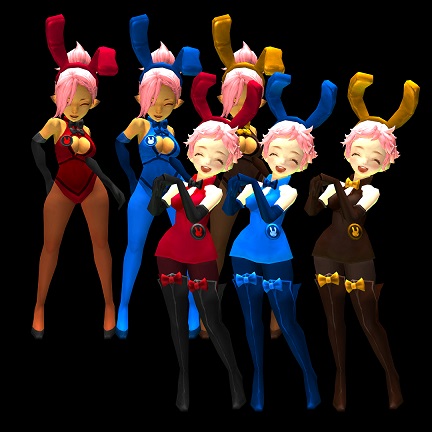 ※ Bunny Costume doesn't include the costume for Machina, and the weapons either.

The costumes for the other characters are all on sale.

※ Marine Look Costumes include the costumes for every class and weapons too.

※ Please note that the stats with the costumes are still the same.

※ In order to increase the stats, acquire Conversion Armor and/or Conversion Weapon for each part. Then, you can maintain the designs with any costume you like with the highest Cash Costume Stats (from the Conversion Armors & Weapons Items).