◆ The Thrill of the Fight! – Monster Improvements 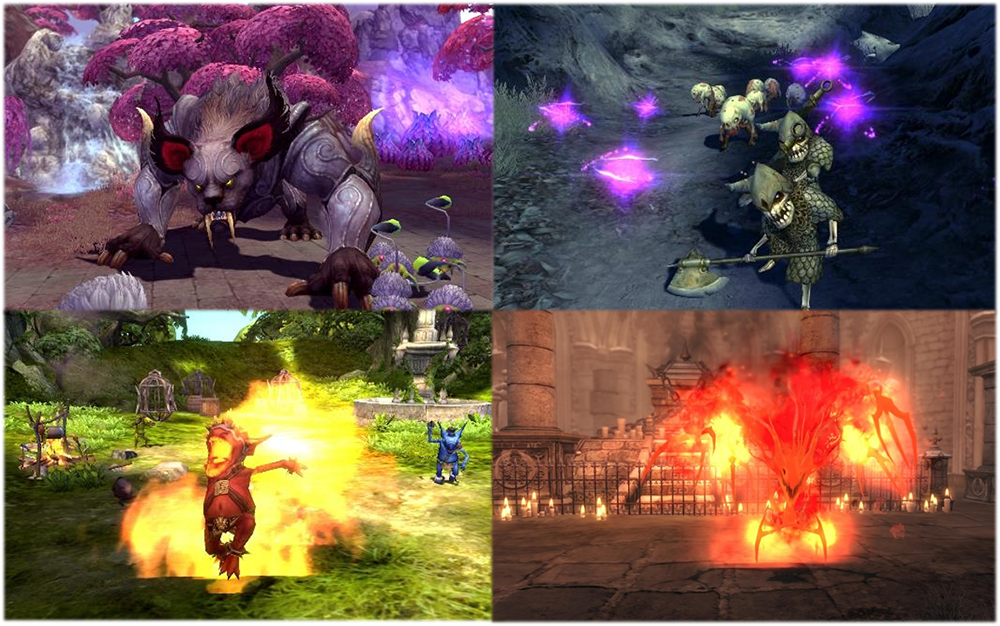 To eliminate the discomfort felt while playing dungeons and maximize the fun of battles in a manner befitting Dragon Nest,

we have made improvements to your old friends, the monsters.

1. Monsters can now be attacked as soon as they appear.

Players can probably recall playing a dungeon and waiting until a monster completes its entry for the battle to begin.

You may have used a skill, but the monster is unaffected because it is invincible until it has finished its entry, so now you are forced to wait for the cooldown to elapse.

We have therefore modified all monsters (stages and nests) to enable hits to register when they appear so that the battle can begin without any disruption.

We have rebalanced the stats of normal stage monster Super Armor, allowing them to be knocked down, launched into the air, or fall.

Our ultimate goal is enabling monsters to actively react to a hero’s actions and results so that players can feel the thrill of the fight and the satisfying impact of landing a blow.

This update is the first step in achieving that goal. 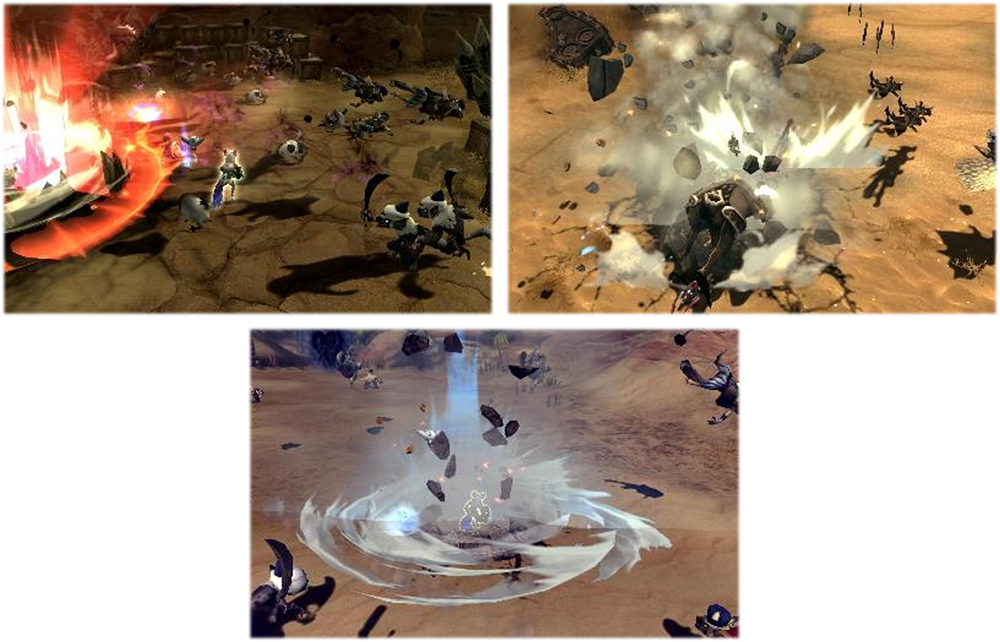 We have reduced the HP of normal and elite monsters while increasing the HP of named and boss monsters.

We also internally classified monsters by grade, maximizing the difference in HP by grade

to promote a more dynamic sense of combat based on the grades and composition of the monsters in each dungeon.

◆ The Sparta Goblin is back. 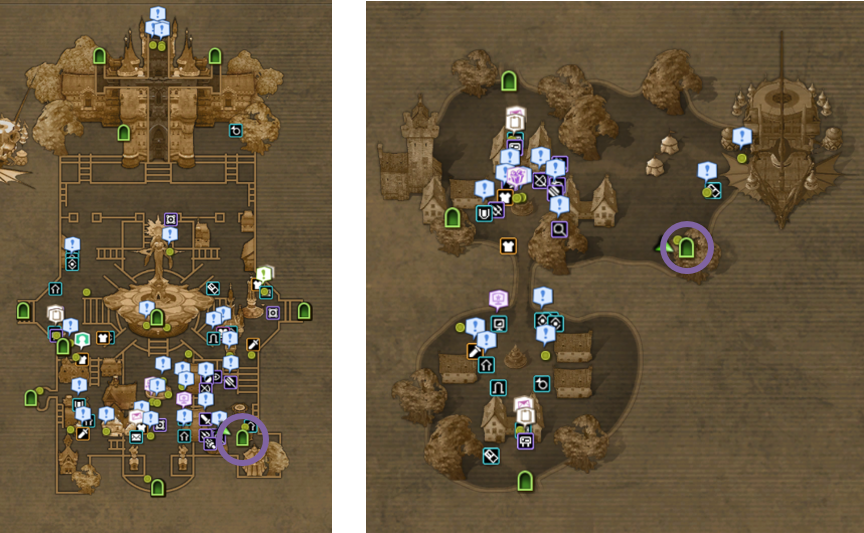 • Entry tickets can be purchased at the [Mission Bulletin Board Shop] in each village.

• Entry tickets can only be purchased by characters at or above Level 95 and can be sent to server storage. 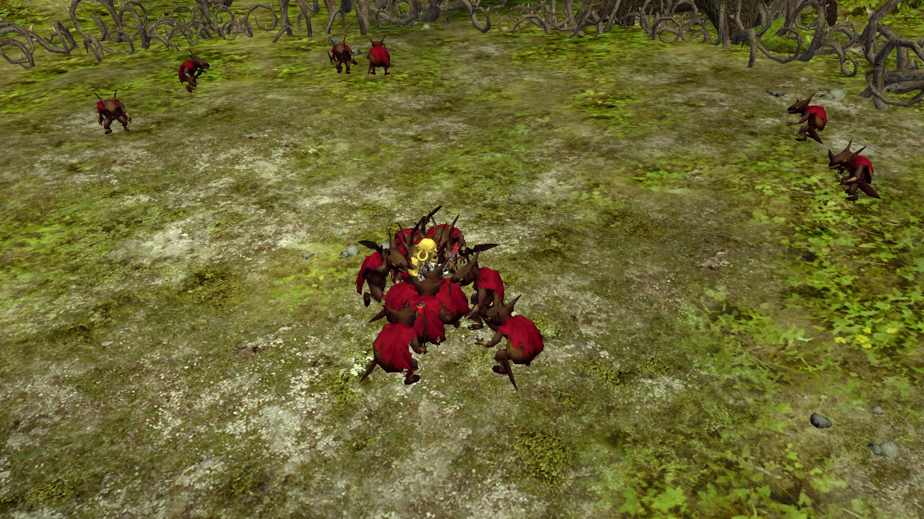 • Slay 300 Sparta Goblins rushing in from all sides!

• Players can now select a difficulty matching their abilities before entering.

• More experience can be acquired than before.

Guild Missions were previously restricted to 5 stages, making it hard to participate.

• Expanded Guild Missions from a maximum of 5 to 20 stages 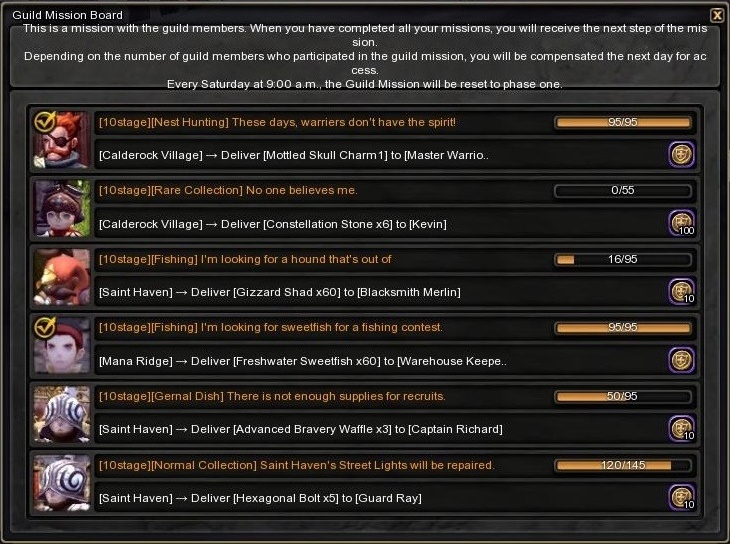 We have integrated main dungeon entry points to minimize movement required between stages.

▶ Upon first entering Saint Haven, only the main quest and guide quests will now be shown.

▶ After meeting King Cassius in Saint Haven, you can carry out Saint Heaven side quests.

▶ You will receive the main quest and side quests taking you to Hermalte Port at the same time.

▶ Modified conditions for carrying out some quests connected to the storyline to prevent content spoilers.

▶ As a result, some Saint Haven and Anu Arendel side quest conditions have been modified.

▶ After you meet Karacule in Karacule's Hut, you can carry out Lotus Marsh side quests.

▶ You can complete 3 of Tamara's cooking quests at the same time.

▶ Modified some dungeon names displayed in quests to match what appears in the ‘History of Dragon Nest’ guide book.

▶ Alpaca material can no longer be acquired after clearing a Stage Mission. 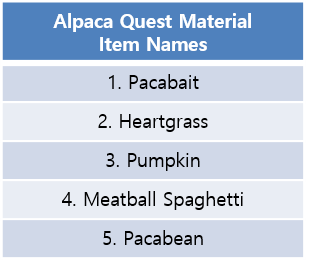 ▶ Each Alpaca quest material will give 80,000 Hero EXP with the August update and all remaining materials will be deleted after the September update.

※ The amount of Hero EXP offered may be subject to change.

We made changes to guide categories and their order to make finding content easier and facilitate the guide process. 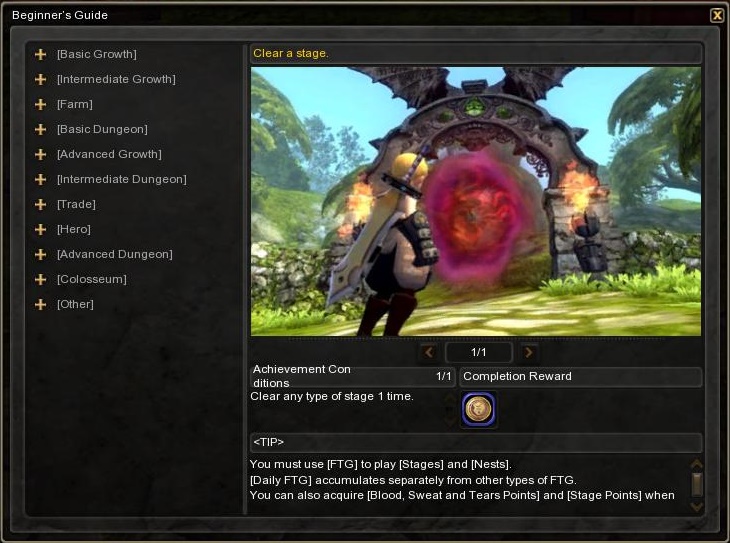 ▶ The amount of EXP needed to level up is now the same for all levels up to and including Level 95.

▶ The amount of EXP offered for clearing a stage differs only by the difficulty level selected, regardless of the character’s level.

Having determined that it took too long to progress through Levels 1 to 94, we have made it so players can now reach Level 95 quickly

- The main quest is divided into [parts] and [chapters], as shown in the image below.

- Each chapter is in turn made up of parts and when each part is complete, players will receive a [part reward].

- For each [part reward], players will receive an adventurer’s necessity and character EXP along with 300 FTG.

- FTG 300 will be distributed for all [Chapter Rewards].

- Existing [New / Returning User] has been included in the main quest compensation improvements, and the components have been changed as follows.

- A [Multiple gift box for Returned Hero] will be rewarded to returning characters when they log in. 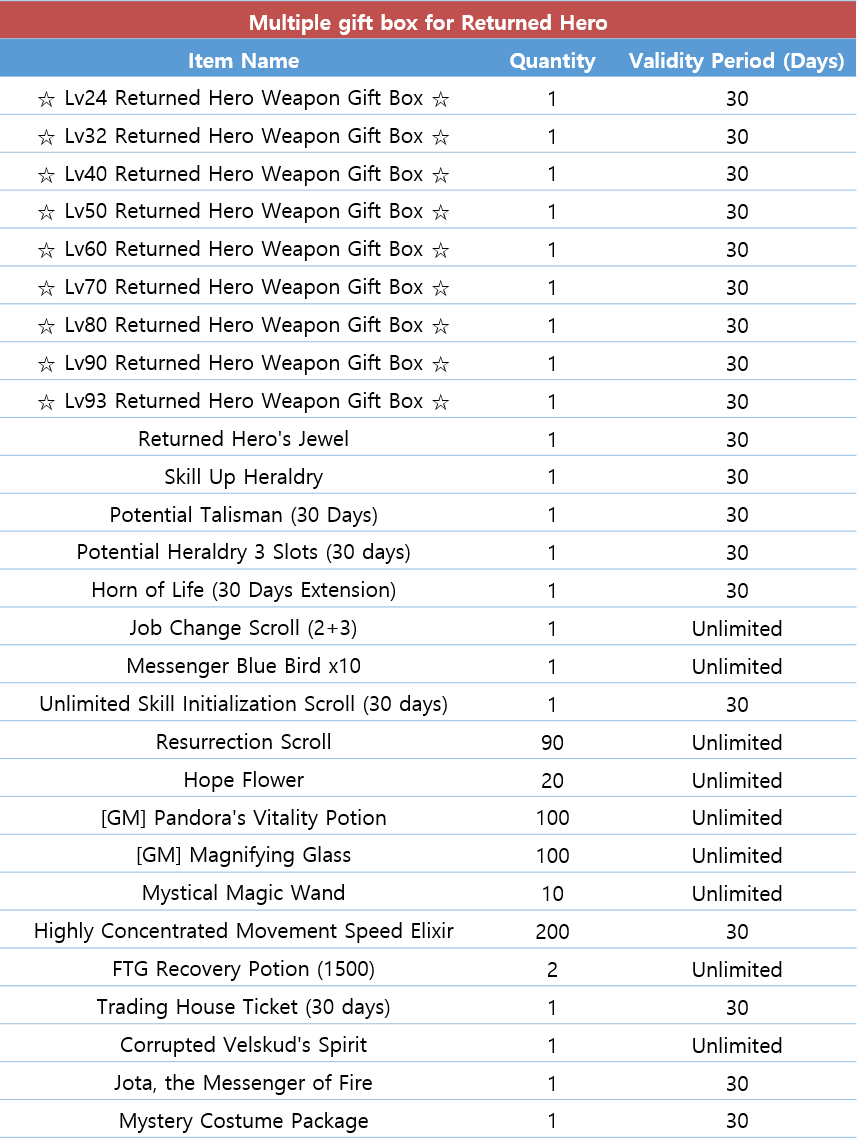 - Added a reward for the [Input something in the chat window.] guide.

- From July target, Cash Item is available to disassemble.

- Acquired Crystal Point will be different, depending on each Item part and grade.

- Cash Item is available to disassemble at Disassemble in Saint Haven and Red Lotus Palace. 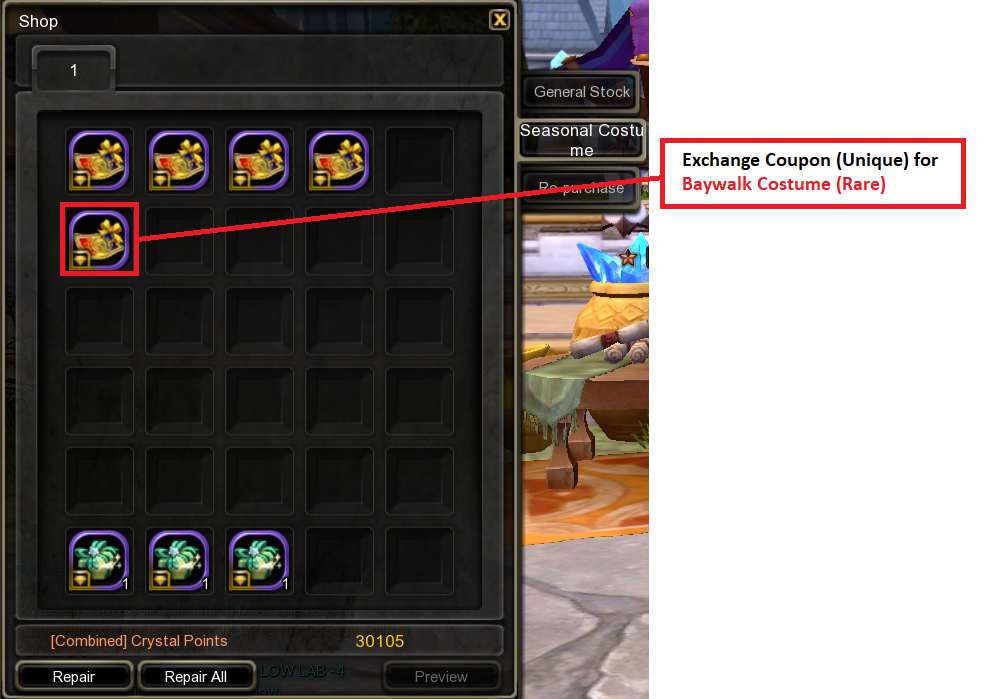 A item that was being sold in the cash shop has returned to the crystla point store shop component! 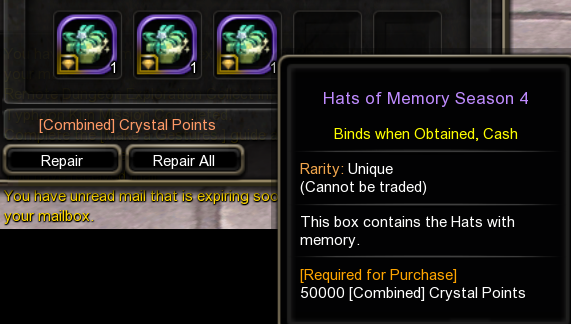 The Conversion Armor (Helmet, Top, Bottom, Gloves, Shoes) with updated stats is back! Go to check on it at Cash Shop! 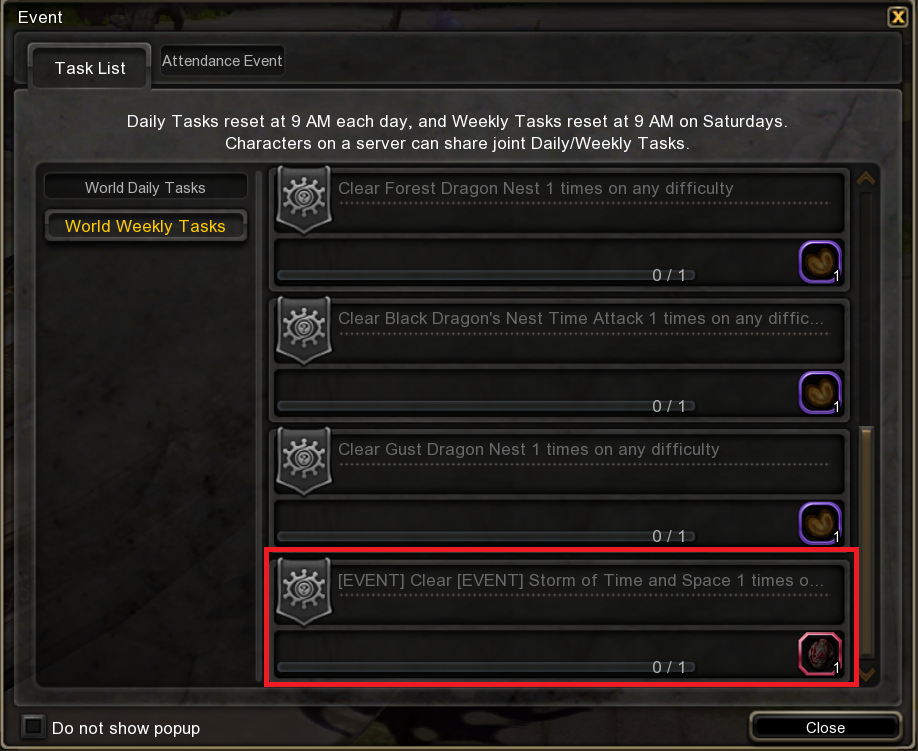 - The Dimension Rock [Gale] (1) item can be used for one day from the date of receipt.
- The world weekly mission can be done once per account.
- World Weekly missions are renewed every Saturday, so this mission will be created on Saturday, July 11.

- We have modified the Fortune Coin - Ladder Points (100) item so that it can be used immediately upon use.

-  We also improved the disassembly process so that the resulting item will be sent to the inventory immediately upon using an [Item Disassembler] outside a village. (Cash Item Disassemblers can still only be used within a village.)

■ Added End of Dreams Weapons and Starcatcher Weapons to the Item Guide.

■ Removed the Hector equipment of some classes that still remained in the Ladder Shop.

■ Changed the special revival icon into the Hope Flower icon.

• Players will get one 'Goddess Coin' as an attendance reward with each daily login from July maintenance until the next update.

• You can exchange 30 Goddess Coins for a ‘Deep Twilight Box (Class-exclusive Armor)’ through ‘Priestess of Darkness Canele’, located in ‘Sunset Watchtower’. 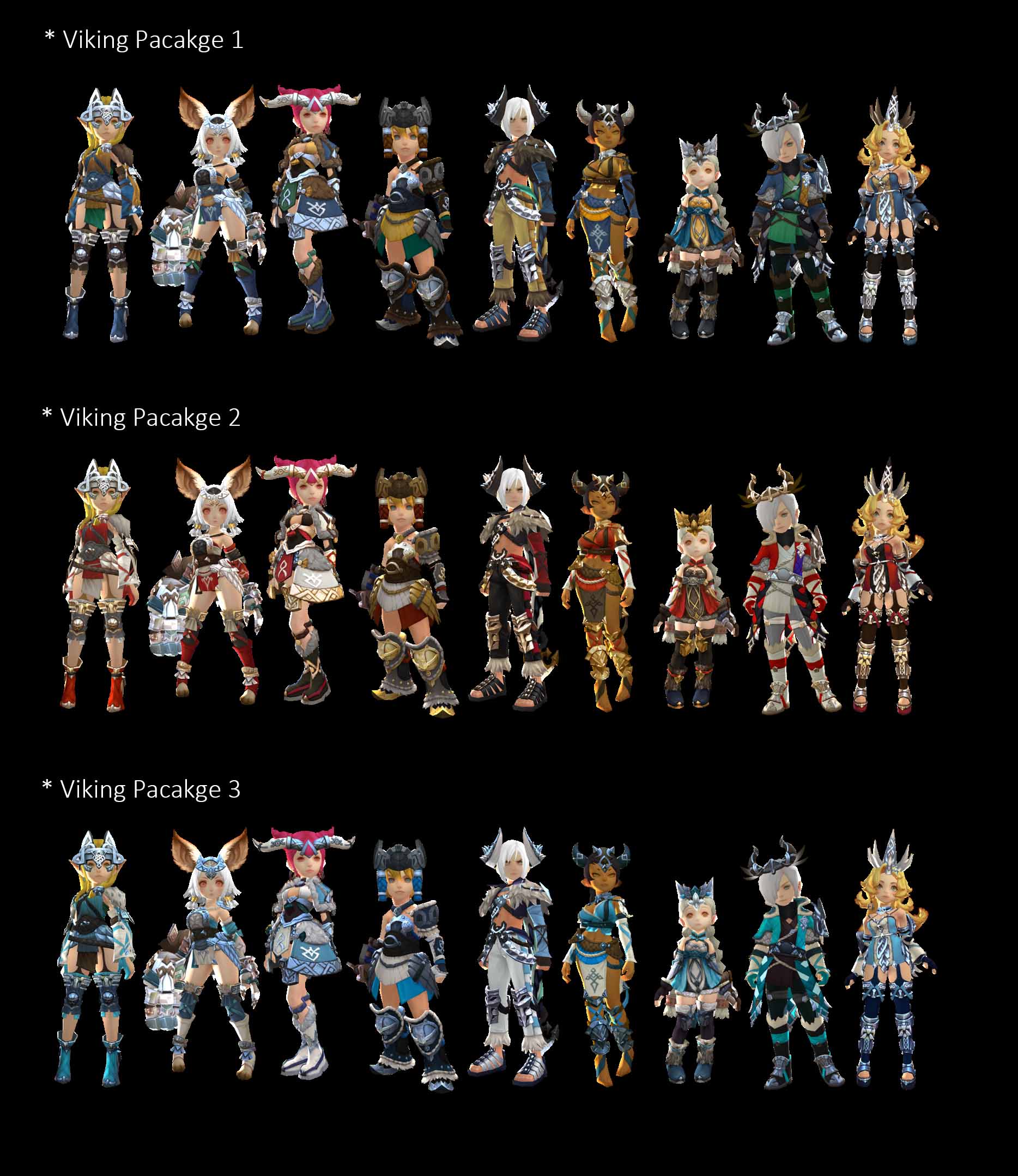 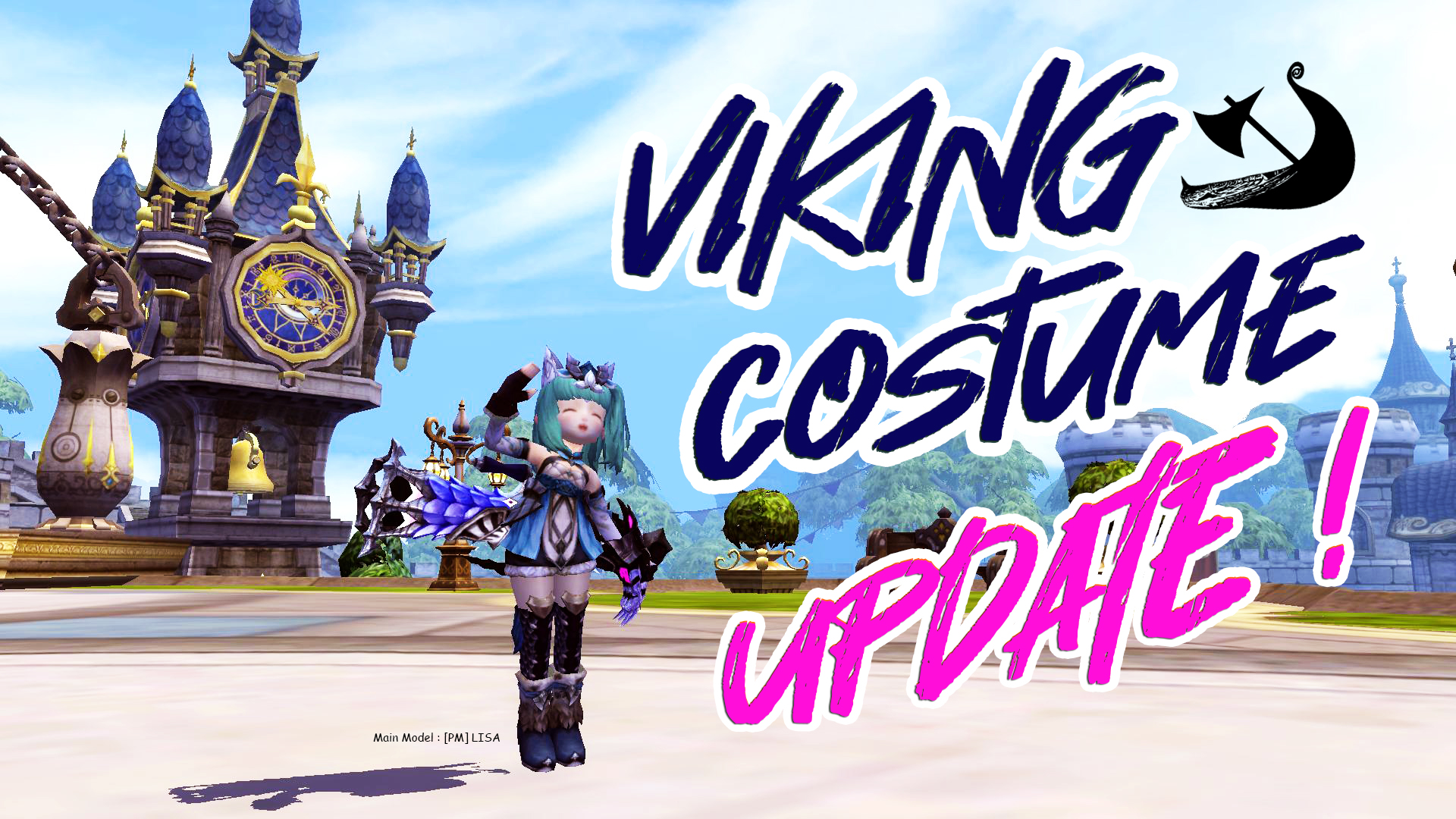 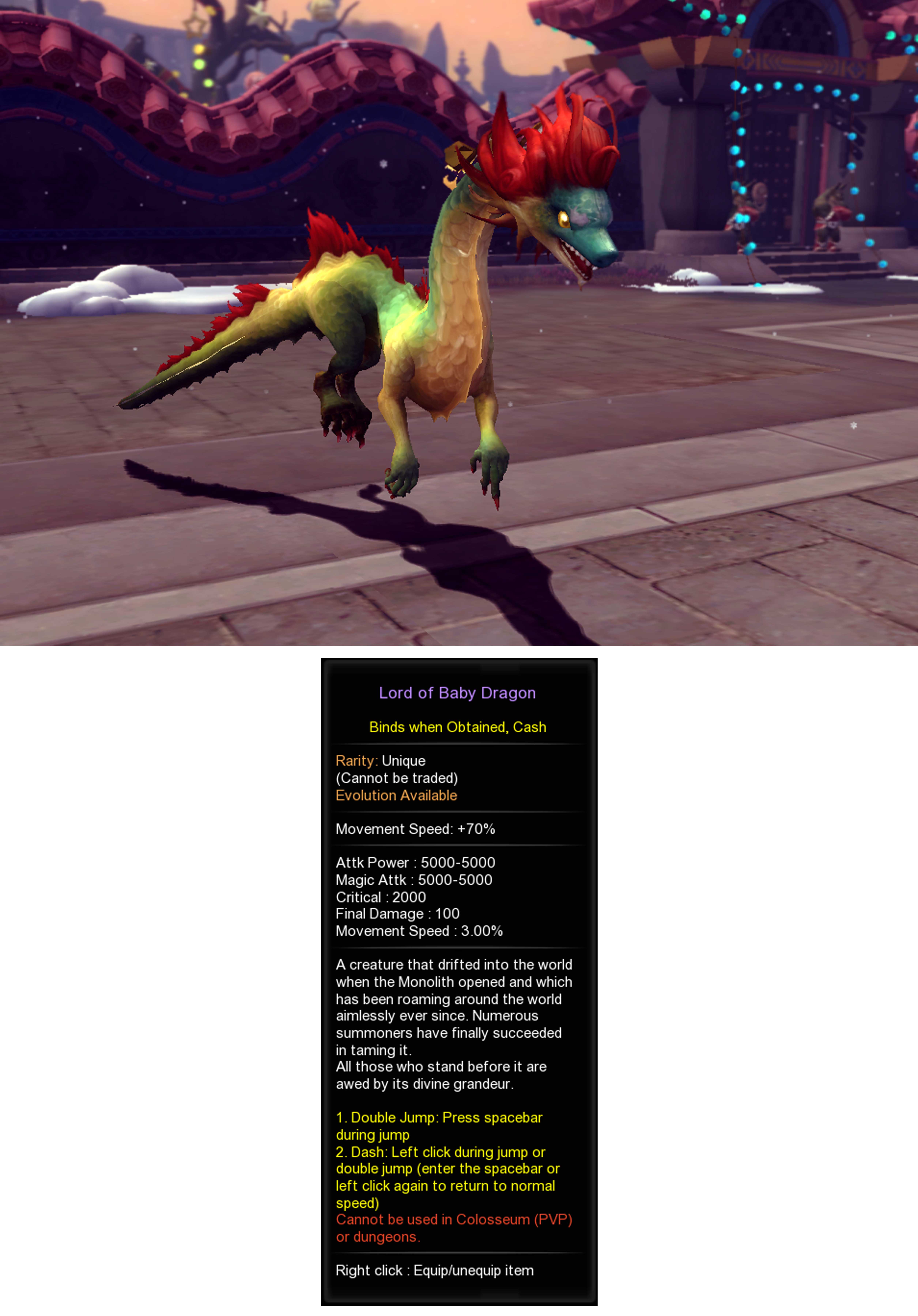 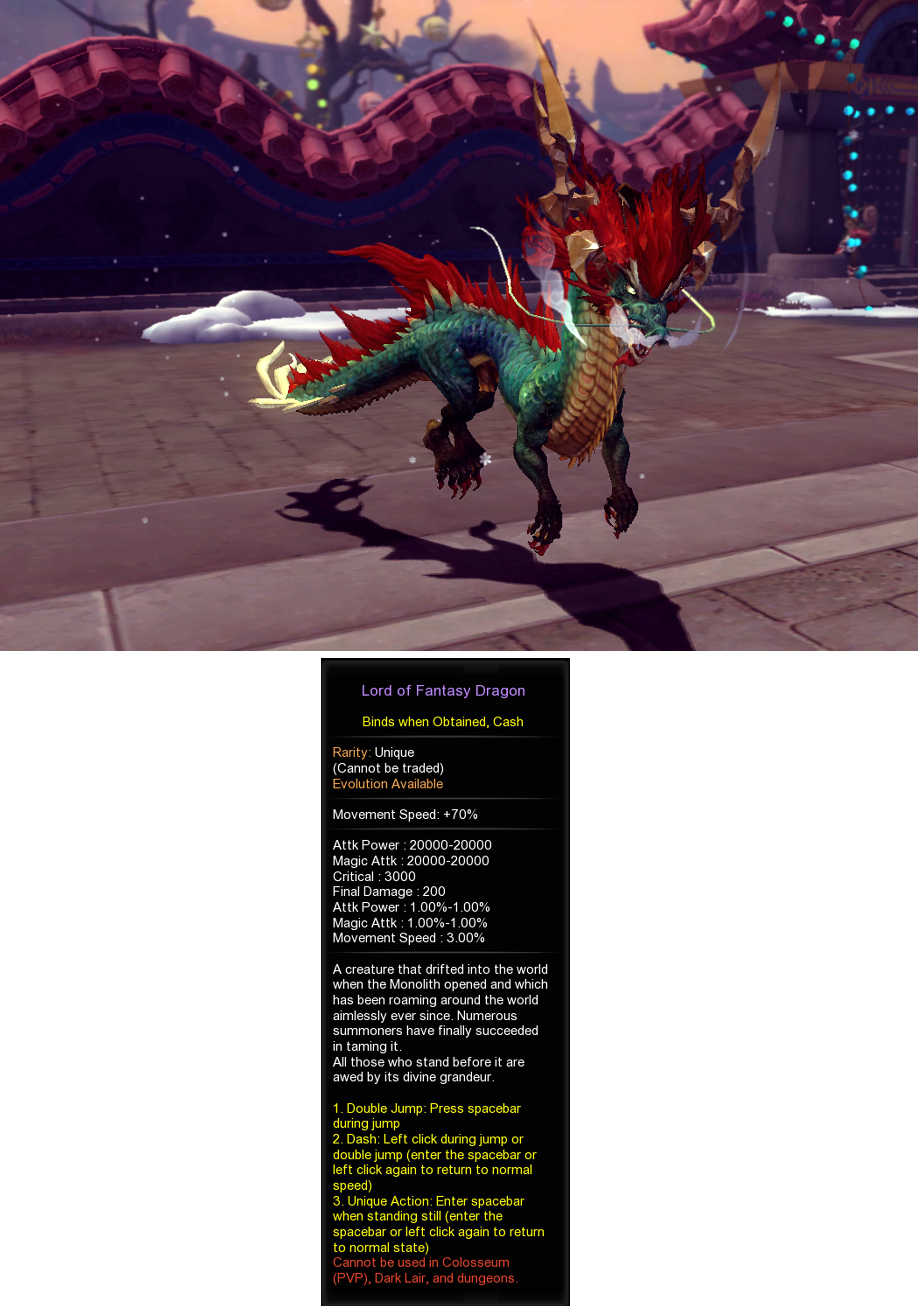 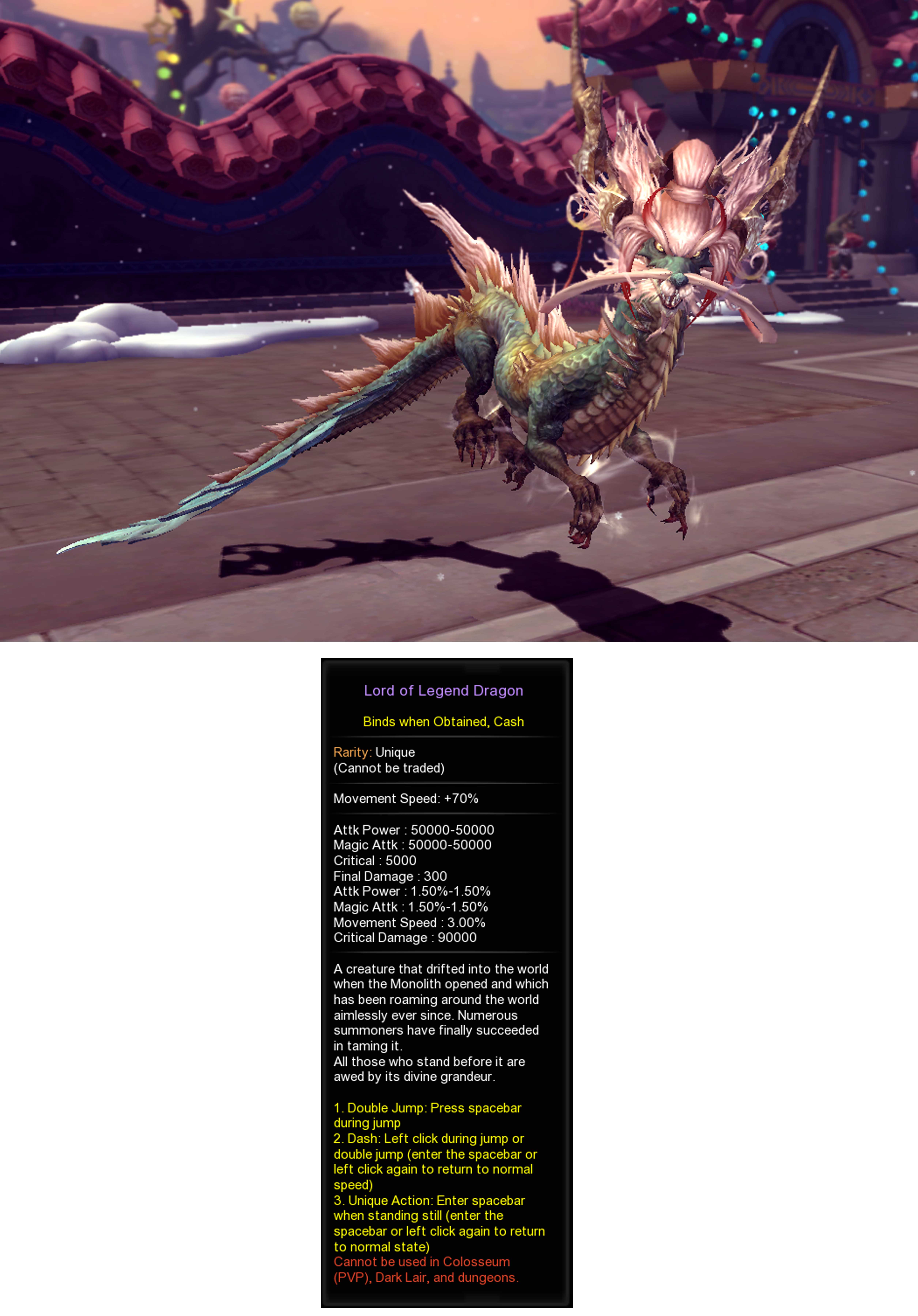 (1) Mount 3.0 type of [Lord of Dragon] is released.
(2) The final step of mount able to evolve [Lord of Legend Dragon] specializes in Critical Damage stat/properties.
(3) You are no longer able to acquire or evolve [Somnium Luna].
(4) [Lord of Baby Dragon] can be purchased with 600 Lindsay Tokens from Trainer Lindsay NPC.

■ [Newbie''s Elite Dreamy Package] and [Elite Dreamy Jumping Package] are removed from Cash Shop after July Update Patch. They may be back with updates contents!