12. Modifications to Retain All Crosshairs After Entering Nests

to prevent unwanted characters from immediately getting the reward.

There were still many incomplete aspects of the Growth Guide used for helping new players adapt to the game.

In order to provide a perfect guide, we undertook measures to improve it

instead of putting them off for a later date with the hopes they provide at least some degree of help to new users.

We hope to distribute the second edition of the Growth Guide as soon as possible to make the Dragon Nest experience more user friendly.

※ We hope players who have already reached LV 95 will understand that they cannot complete some missions in the Growth Guide. 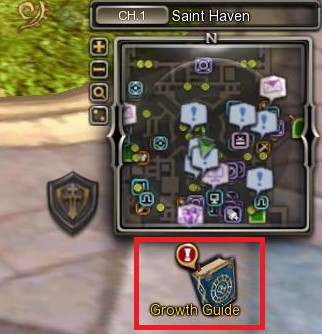 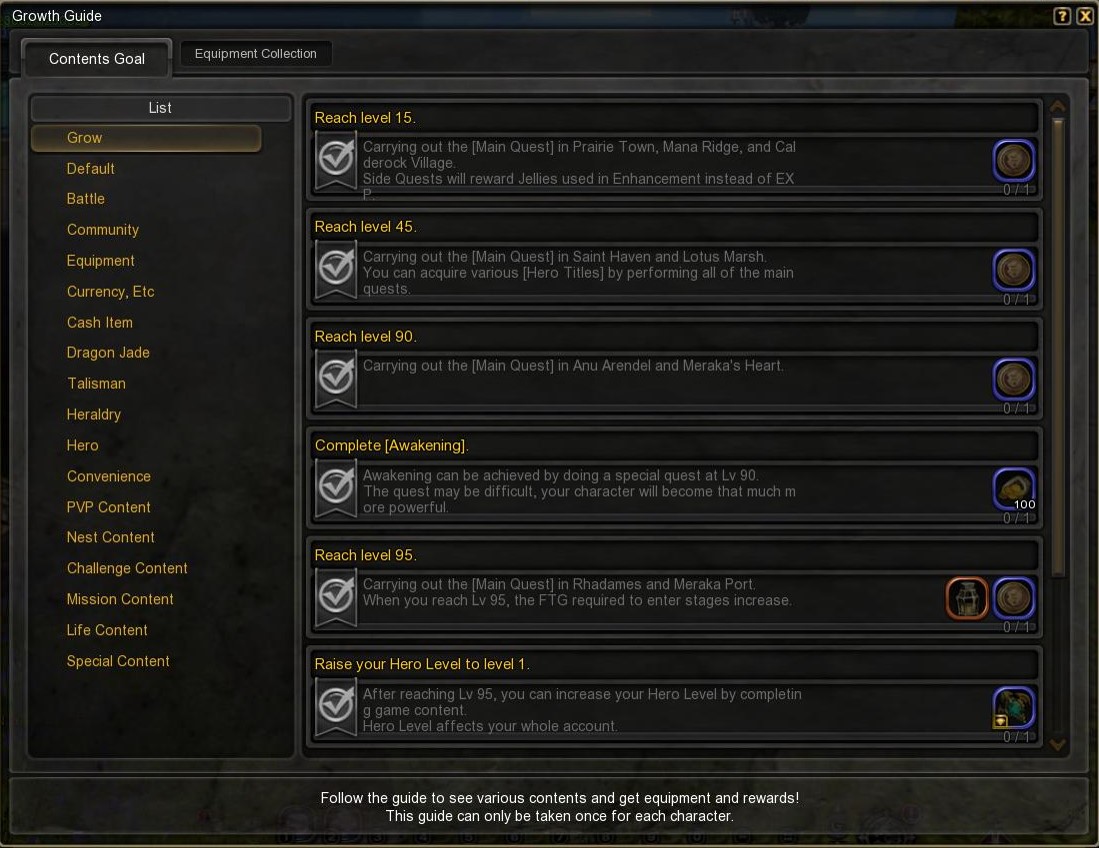 •Changed the order in which some monsters are respawned.
•Fixes made so that both the exit and entrance open after defeating all monsters in a specific area. 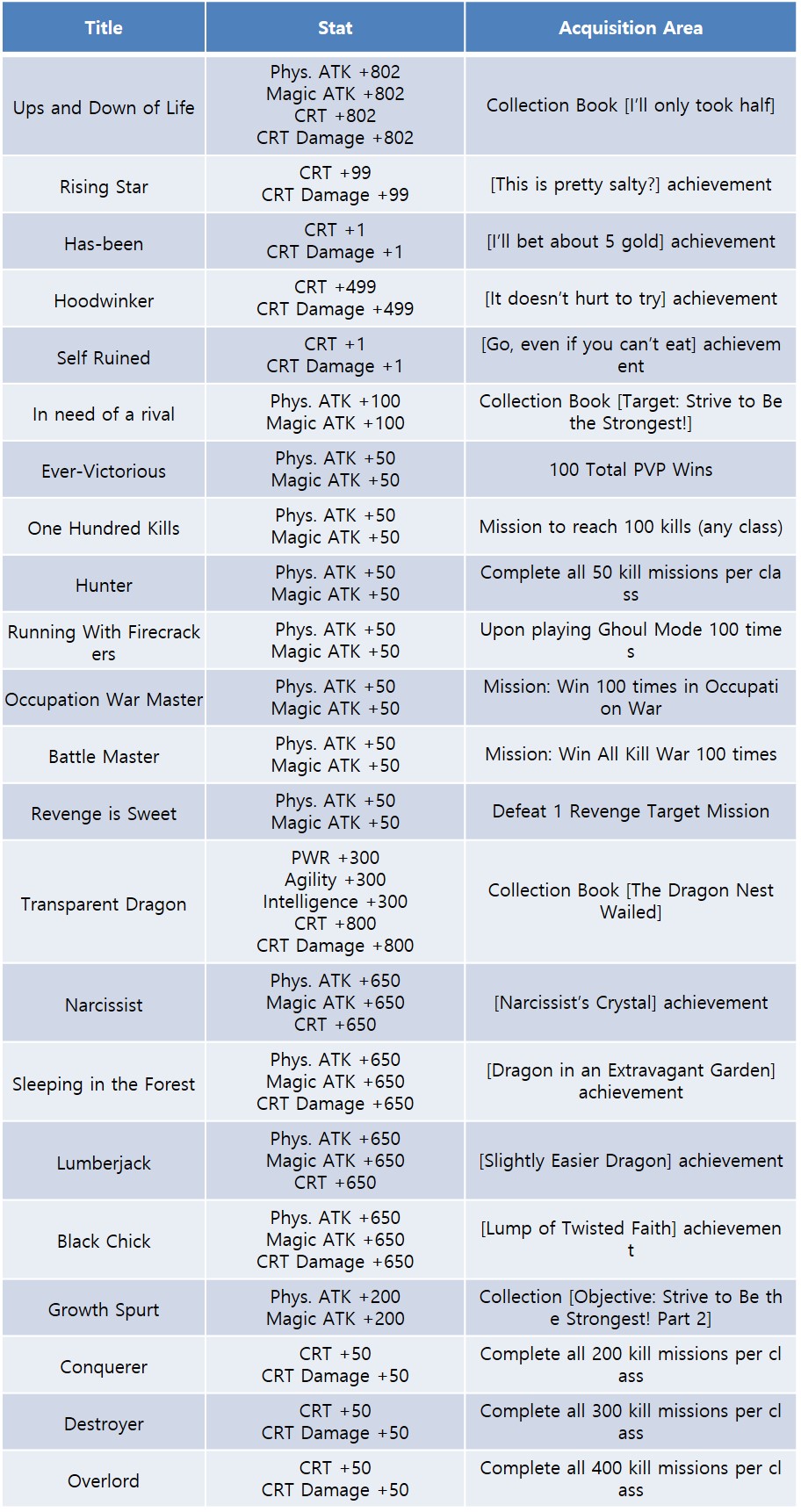 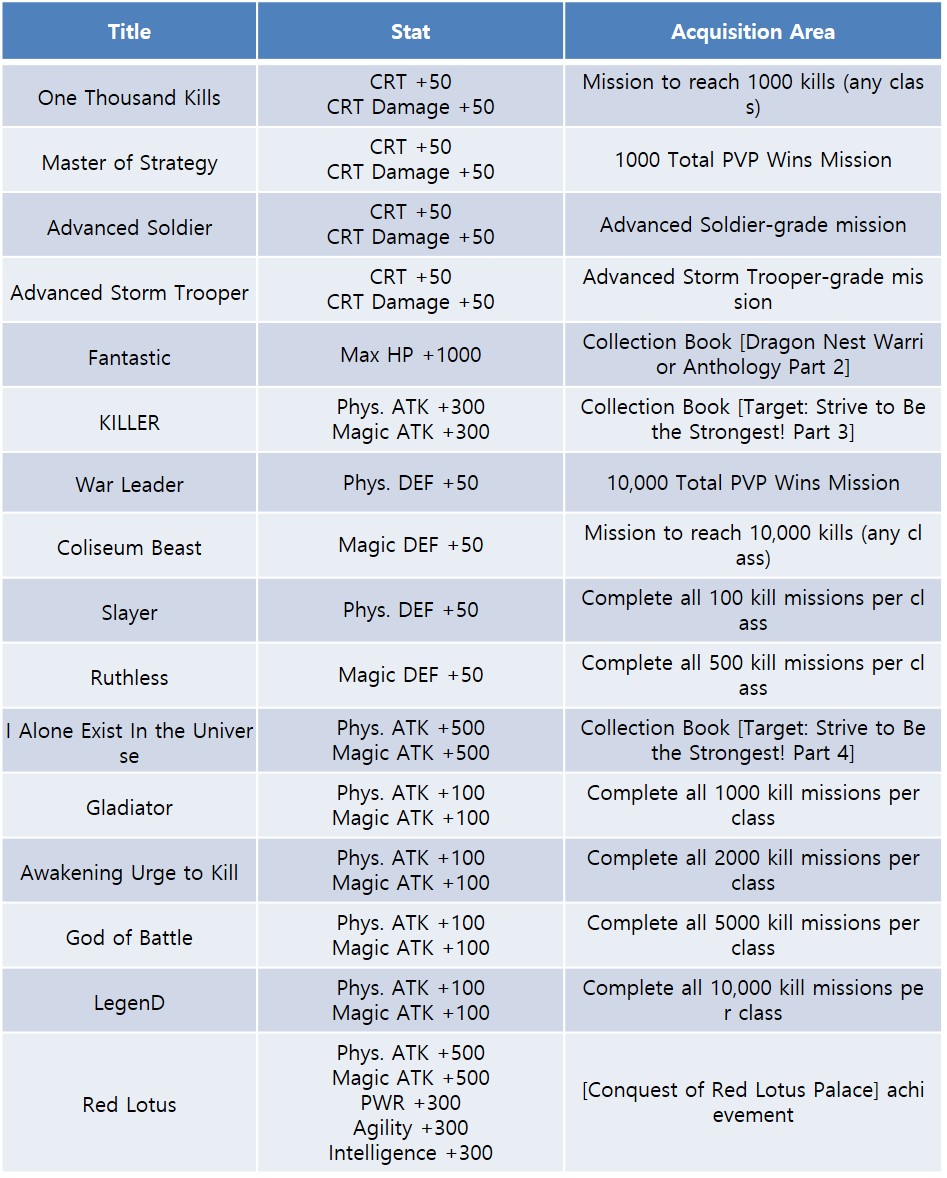 Your Title collection can be viewed in [Character (P) – Title – Title Collection]. 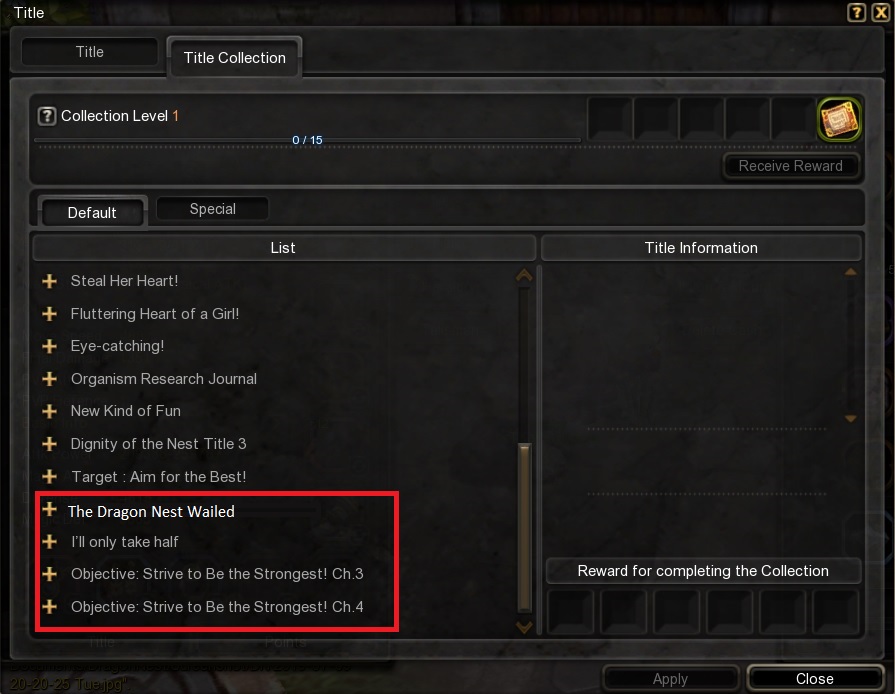 All rewarded titles are Hero Titles. Titles that need to be acquired for a collection also have Hero Title benefits.

Eleven (11) new achievements related to Red Lotus Palace Quests, the Dragon Nest, and the Mission Board.

Please refer to below for more detailed info on achievements.

One (1) type of World Daily Task was added, along with Weekly Task and reward additions.

- When Goddess Equipment reaches +12 it gets an additional Final damage attribute (192 per body part).

Social Points for social relationships were replaced with the same amount of Community Points.

(You cannot use the Social Point Shop accessed through Heraldry Scholars any longer.)

(You cannot use the Wonderful Point Shop accessed through Magicians any longer.)

- We have added [Full Screen Windowed Mode] for convenient conversion between screens so that other window functions can be used during game play.

- You can select which monitor will display when [Full Screen Windowed Mode] is selected and more than one (1) monitor is being used. (The leftmost monitor is read as monitor 1.) 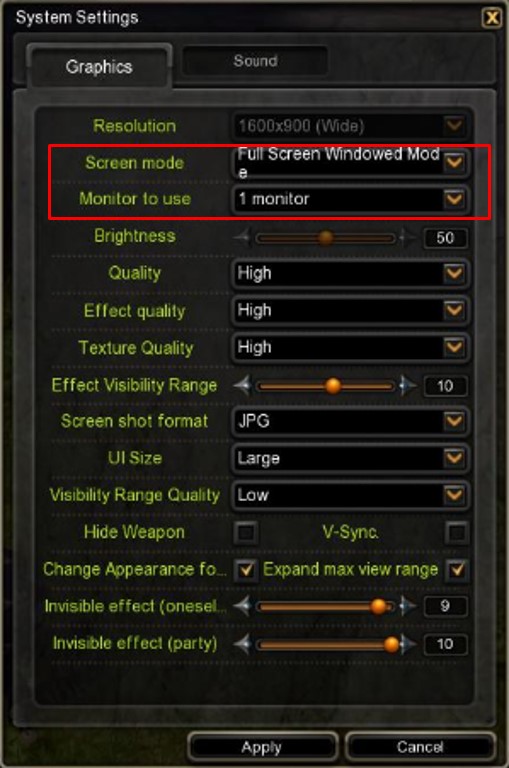 A notification message will appear in the chat window upon acquiring an item designated for a specific owner.

- When clearing a stage or Nest as a party, there are instances where you will get an item designated for a specific owner.

- A notification message has been added to record that the item has been acquired.

2(2)-12. Modifications to Retain All Crosshairs After Entering Nests

- After logging into the game and entering the first Nest, you can adjust your point of view with the mouse cursor while you are using the system window or features such as chatting.

- Because combat must take place within the Nests, game updated so that the mouse will be in crosshair mode after each function has been closed.

Added an icon in the upper right-hand window notifying that the Trial Nest can now be entered.

■ Changes made to the skill effect activation skill by the Ancient Weapon [Flame Zombie Dragon Blaster].

▶ We therefore combined the [Basic Stats] and [Enhanced Stats] info into a display of an item's combined stats (basic + post-enhancement stats) to allow players to quickly see the overall stats of an item.

▶ We also included info in the [Enhance Ability] tooltip indicating whether a specific item can be enhanced or not.

◆ Improvements for convenient use of Mysterious Boxes

- Now when a Mysterious Box (Dragon Jade, Crest, Talisman) is used, the lowest grade will be sent to your pouch. (Only takes one space in the inventory!) 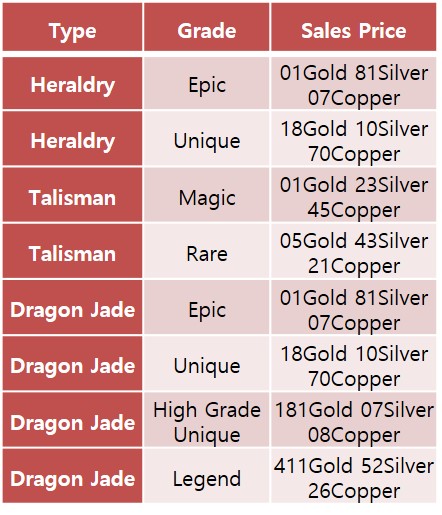 - The Jelly amount received as a reward for some Side Quests was increased from 20 to 100. 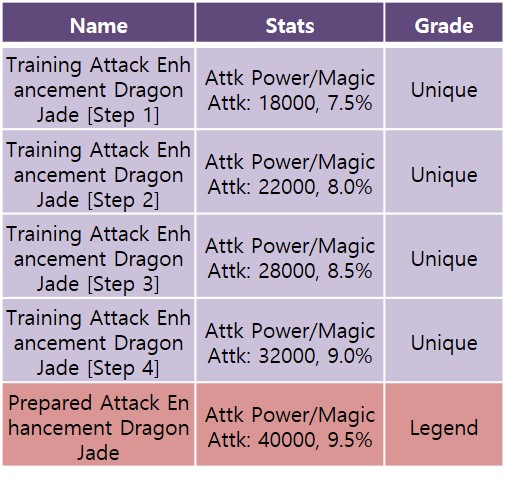 * Items were added that can be used in the special server storage.

- The same fine is imposed regardless of stage for Black Dragon Nest Time Attack accessories.

▶ You can now leave the Nest after receiving the reward from <Hound Pri> upon clearing a [co-op/alliance job].

- Removed the Problem Solver equipment for which the acquisition region disappeared.

- The Setting Sun Watchtower was moved to the [Streets of Red Lotus Palace].

- The Help info related to the Setting Sun Watchtower content has changed to reflect the tower's relocation.

- The Dimension Rabbit no longer appears in the [Chiron Beach Stage] or the [Highlandell Barrier Stage].

- An Invader will appear in the [Highlandell Barrier stage].

- The region explanations displayed within Extended Guild Missions has been changed to reflect the most recent updates.

- The price for using the [Equipment Converter – Legendary] crafting function through the blacksmith was reduced from 2500 to 500. 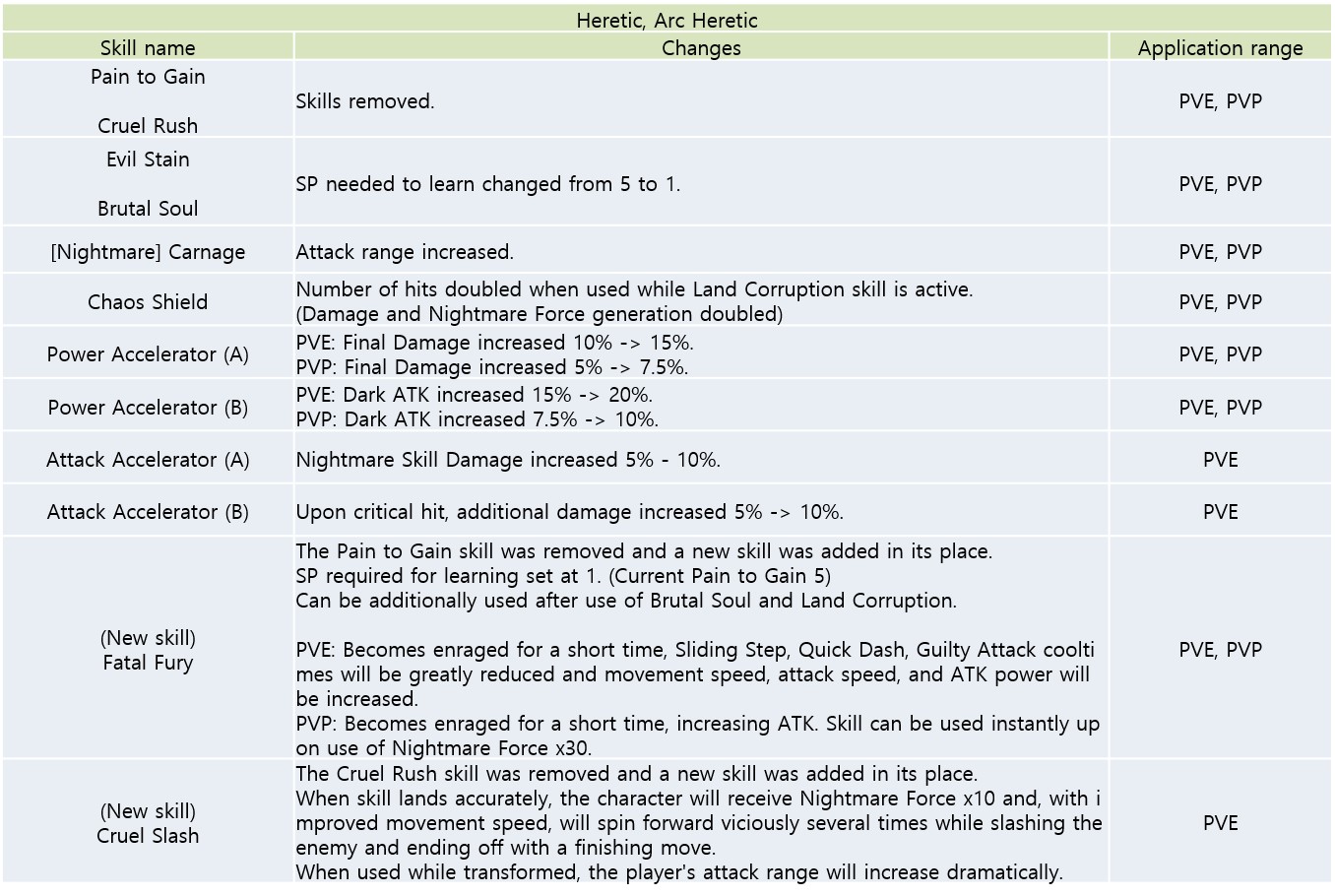 Skills were changed as shown below. Skill damage has been increased across the board. 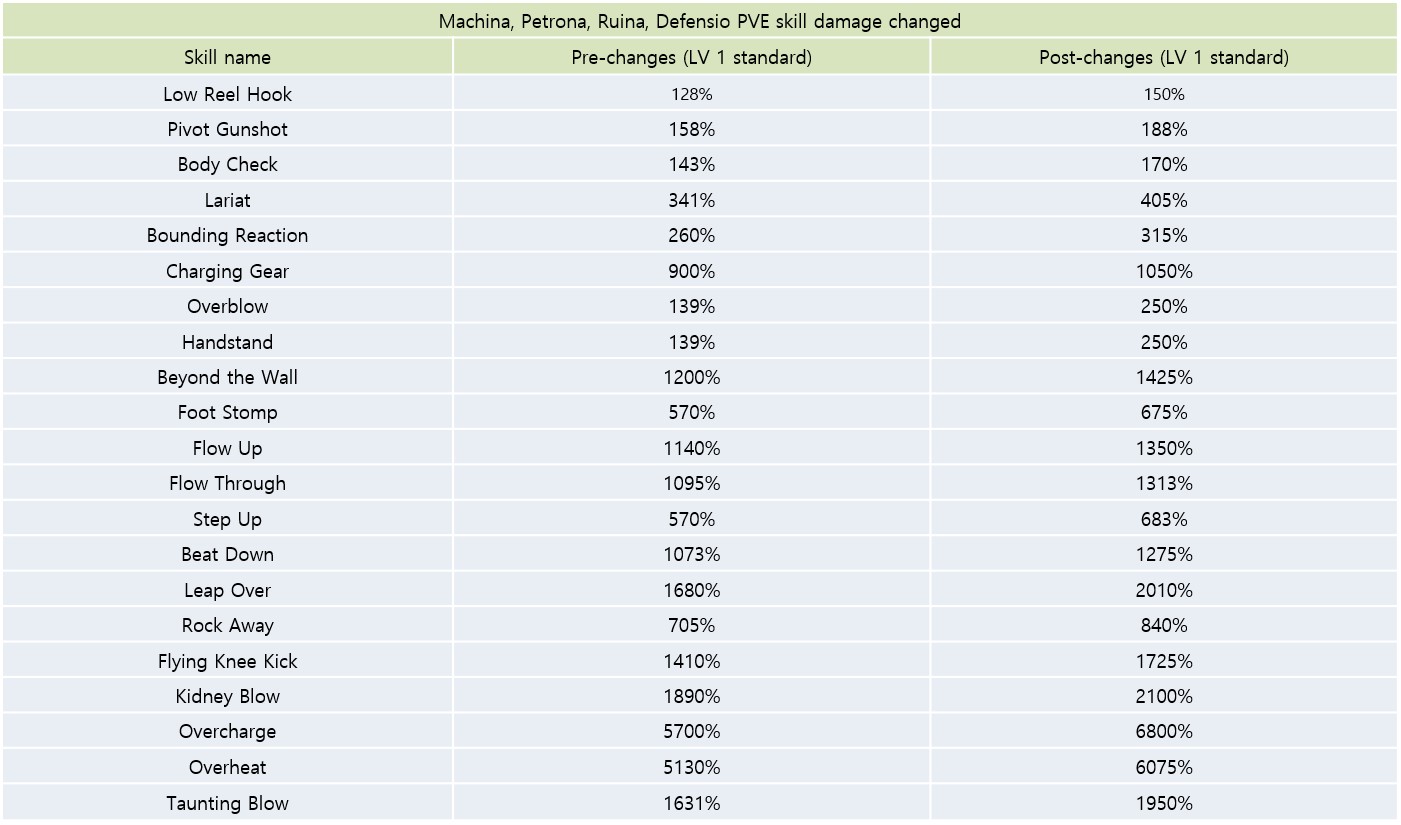 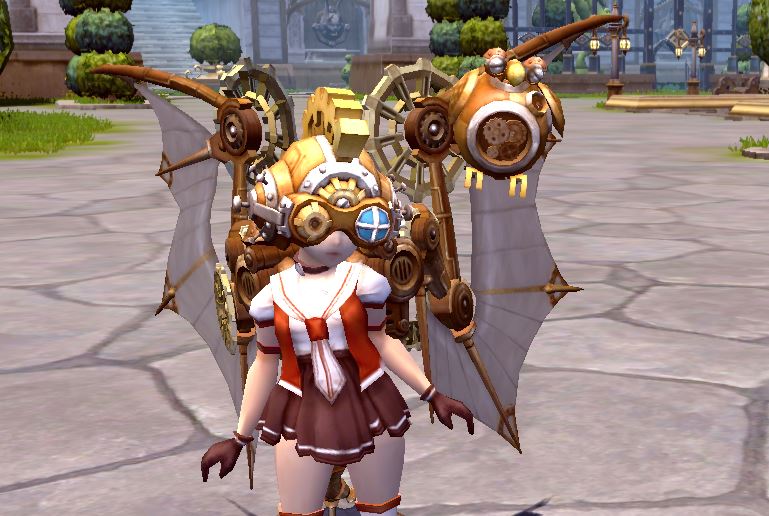 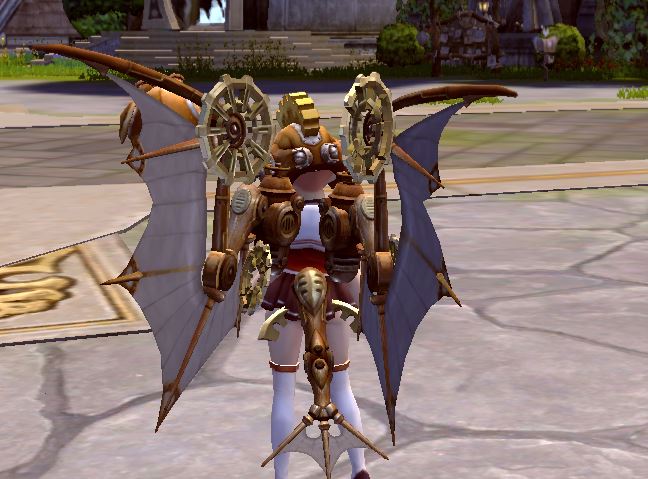 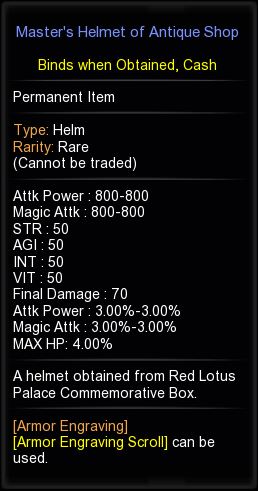 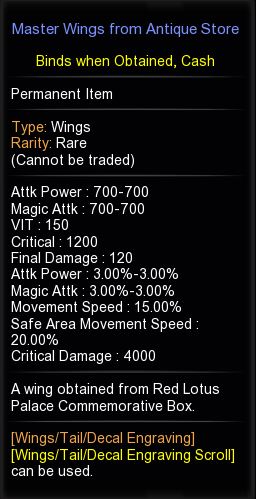 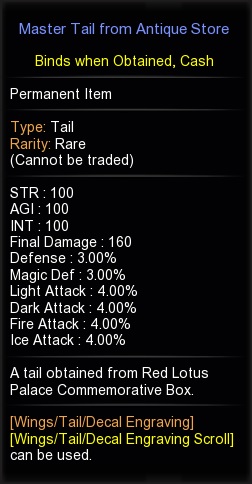 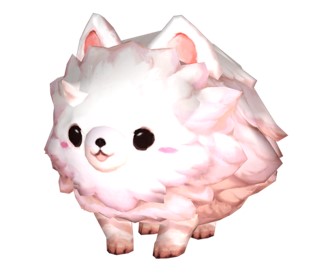 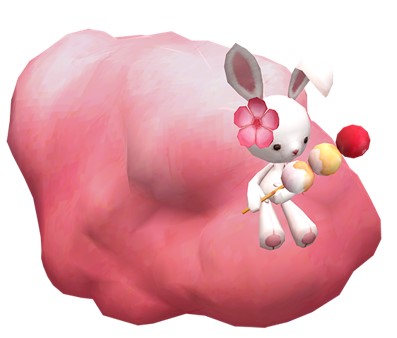 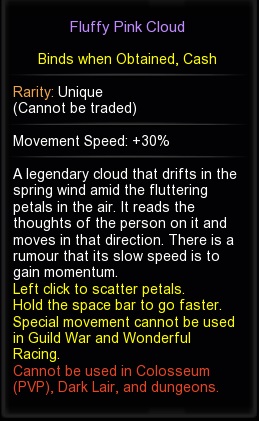 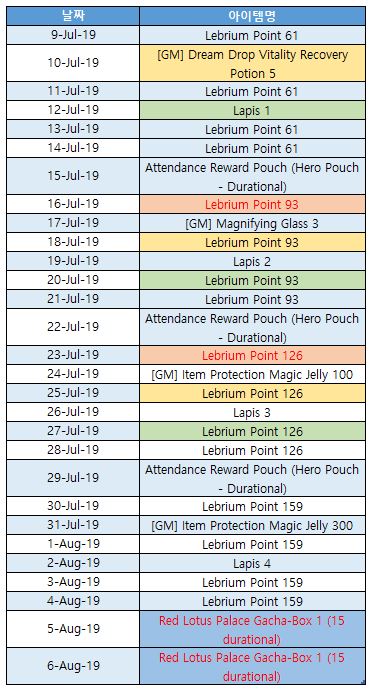 - You can acquire a Trainer’s Mission Box stage 11 upon use of a Red Lotus Palace Trainer’s Box.

- When carrying out Trainer’s Mission Box missions along with Main Quests you can complete missions more efficiently. 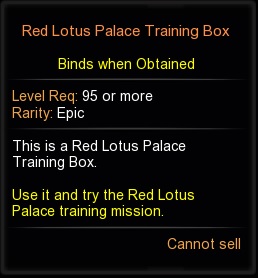 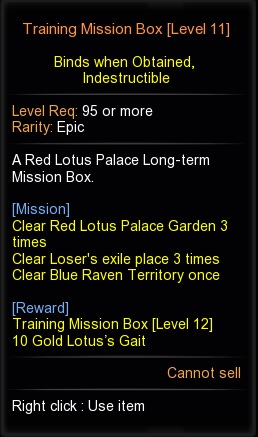 - New Willpower Fragment Phys/Magic ATK up 1000, attribute ATK up 10% items are being sold. 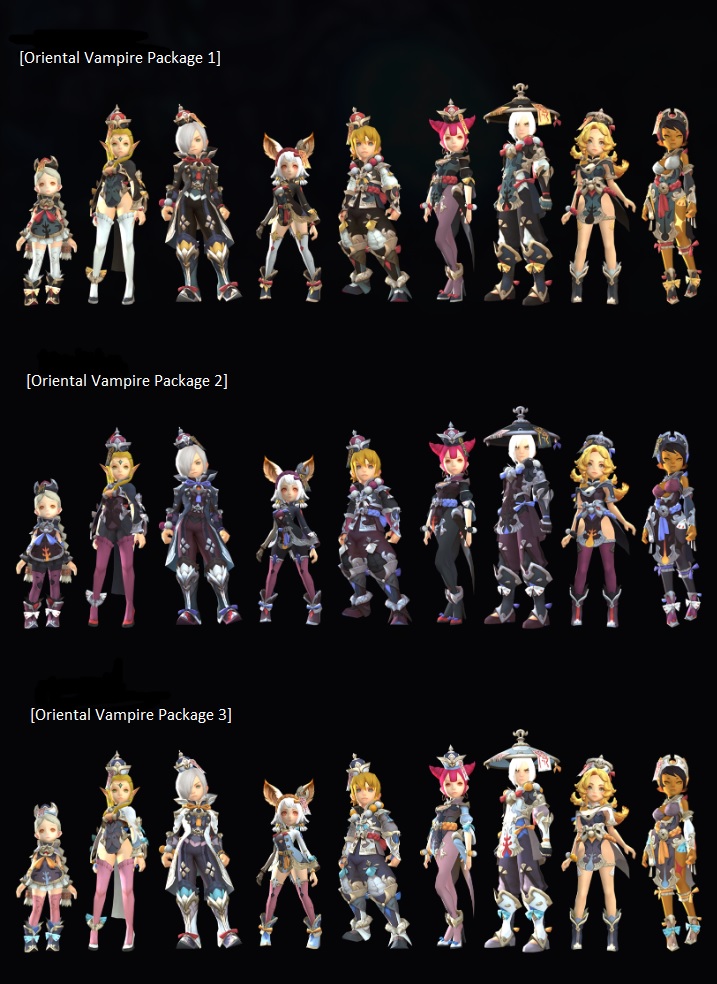 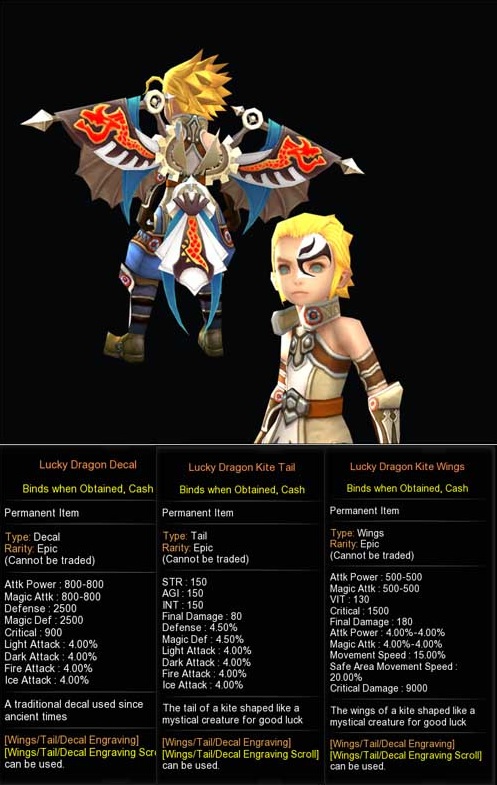 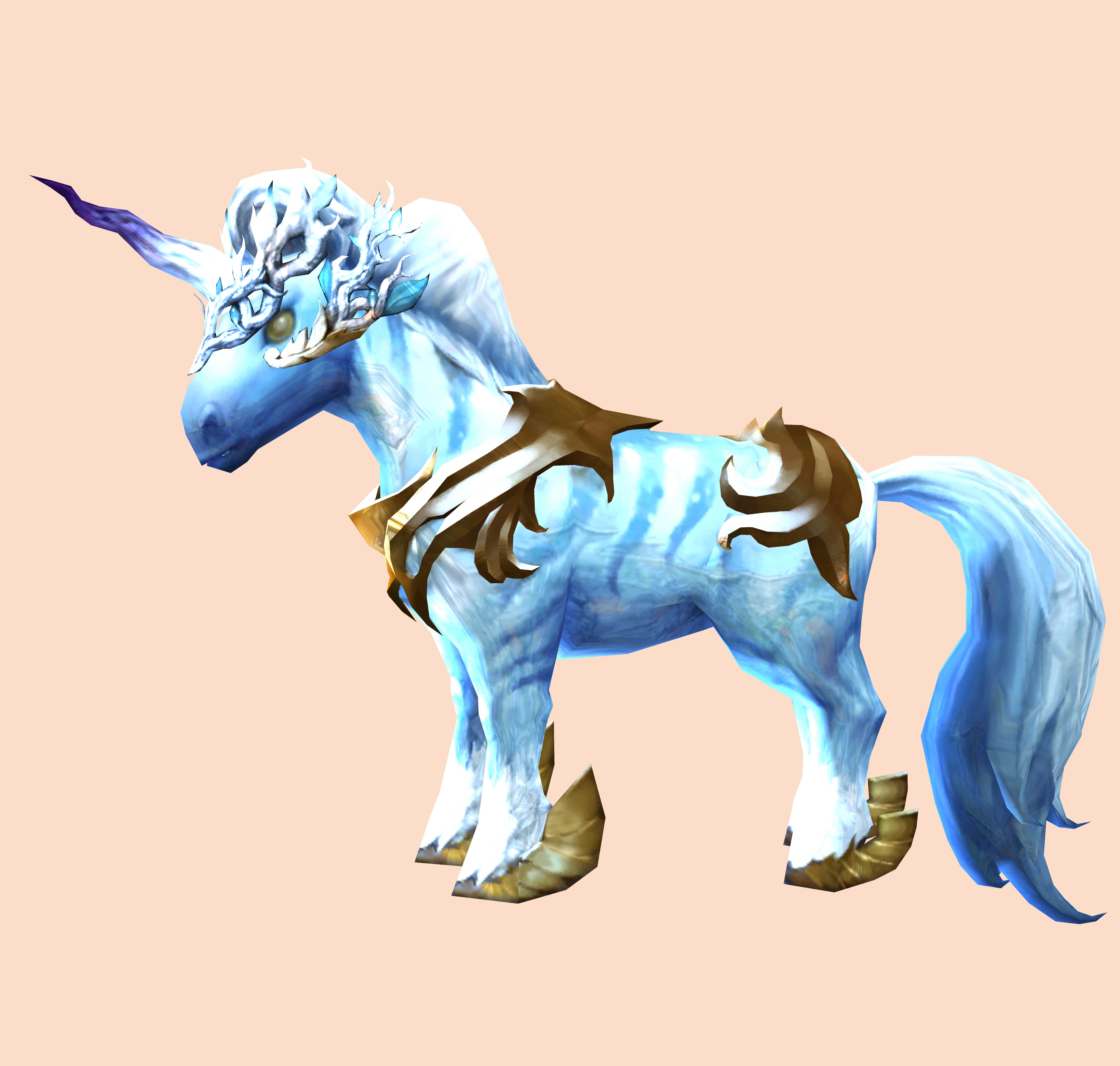 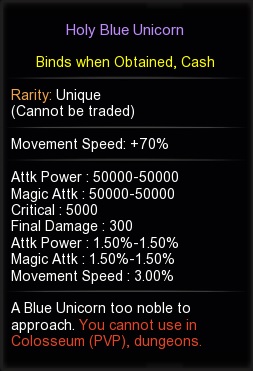 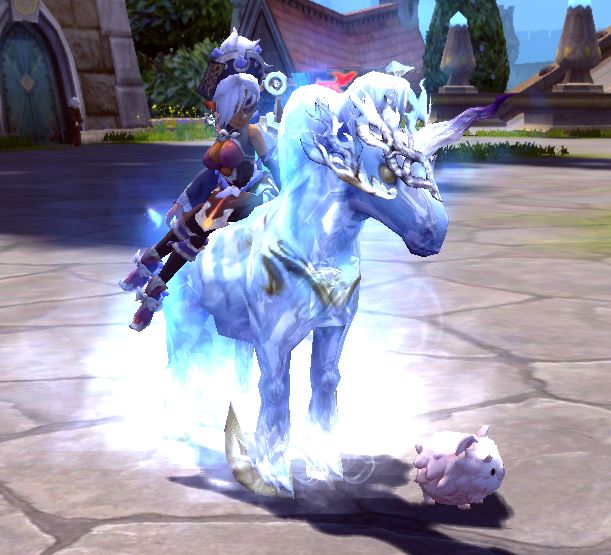 - You can use mounts that you have as circulation material.

- Each mount has each gauge value.

- When you reach full gauge value and press the [OK] button, you can receive 'Lindsay Token' 30Qty.

- You can accumulate excess gauge value, and it will not be initialize.

- With Linsay Token 300 Qty, you can purchase Blue Unicorn [Unicorn Step 1] which is needed to get Holy Blue Unicorn.

- If you want to acquire next step Unicorns, you need Unicorns with current step.

- There is certain success rate at each steps, if your synthesize is failed, only one mount that you tried is left.