World of the Frozen Nightmare

A realm of nightmares that was frozen by the influence of the Frozen World.

The cold only deepened the power of this nightmare created through resentment and obsession within the twisted dream.

Creatures corrupted by an unstable aura wander mindlessly at the end of this nightmare in the Deep Abyss.

May the Goddess's protection reaches those who have fallen into the nightmare's abyss...

The ‘Frozen Nightmare’ can be accessed through the same gate used to reach the Deep Abyss Nightmare. 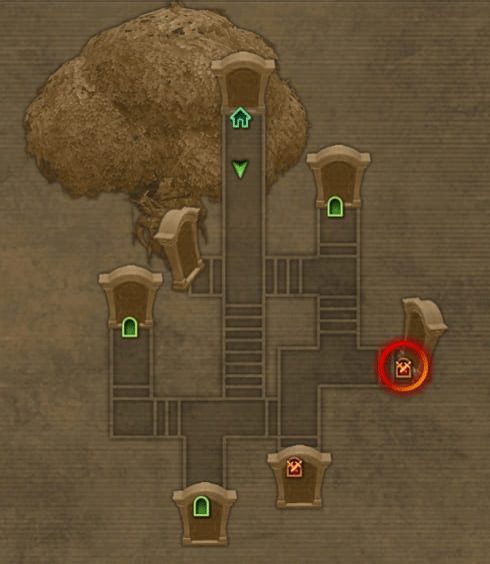 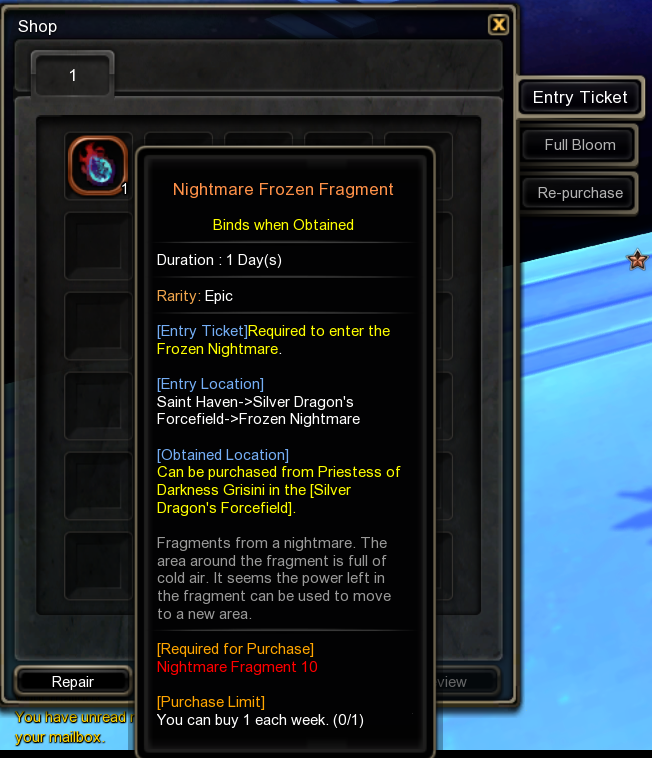 1 can be purchased per week per character

- The nightmare must be purified by eliminating the creatures who have lost their minds to the cold and were corrupted by the unstable aura.

- The Frozen Nightmare is blanketed with fog, preventing you from moving in a typical manner. You can jump over the fog using the dream’s last remnants of the Goddess’s power and move to the source of the nightmare.

- Upon breaching the fog and arriving at the source of the nightmare, nightmarish monsters bearing cold energy will appear from their hiding spots in the fog and attempt to drive out the intruders.

- You can only move to the next area after purifying the source of the nightmare by defeating all the cold monsters in your current location.

- The dungeon will be cleared upon defeating each monster in all 4 areas and purifying the Frozen Nightmare.

- The realm of dreams has been completely taken over by nightmares and is extremely unstable. The stimulated creatures within the nightmares may jump out and attack intruders at any moment.

- To pacify the deluge of dreams, you must move to the center and fight the monsters pouring in from all sides. 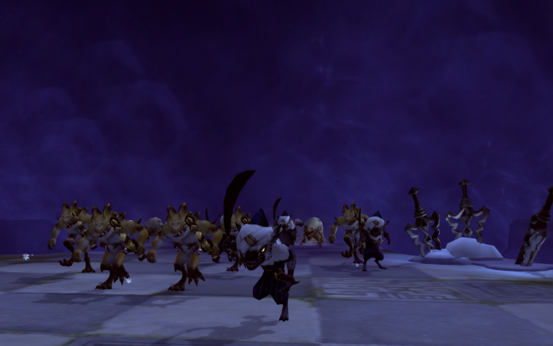 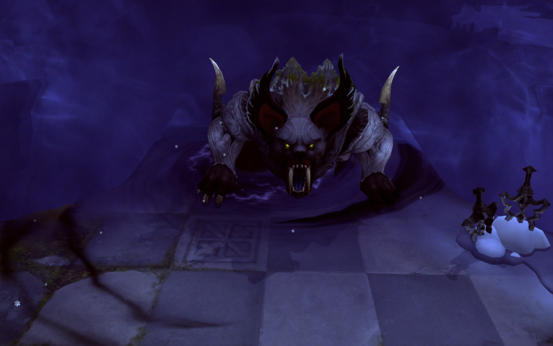 - The most powerful creature within the nightmare guards the realm of dreams from the deepest part of the abyss. This creature that protects the nightmare is constantly waiting for a chance

to remove intruders who have invaded the dream without its permission.

- You can return to your original location after defeating ‘Frozen Nightmare Golem Montan.’ 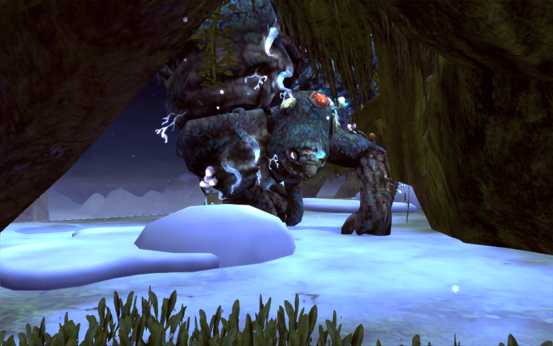 <Star of the Goddess>

- If you find a shining star falling in the fog of the deep dream, don’t hesitate to approach it. You can be blessed by the Goddess for a while.

◆ You can acquire materials for crafting Frozen Chaos/World/Eyes of Nightmare Talismans in the Frozen Nightmare.

◆ The type of goods acquired depends on the type of boss you encounter in the Frozen Nightmare.

- Flames of Minos acquired in ‘[Trial] Chiron Nest’ and ‘[Trial] Granom Nest’ will be provided.

- We have released a new Frozen Chaos Talisman.

- The ‘Chaos Talismans’ once obtained from ‘Unidentified Vibrant Talismans’ can no longer be acquired.

- ‘Frozen Chaos Talismans’ can be evolved through 3 levels.

- Each time the grade goes up through evolution, one (+) and one (-) stat attribute will be added.

- Existing stat attributes will be retained after evolution. 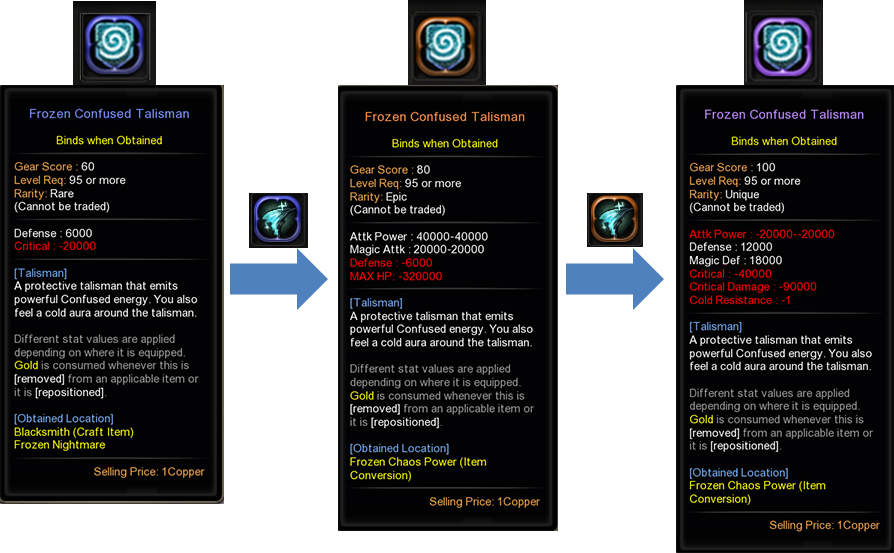 - ‘Frozen Chaos Talismans’ can be crafted through a blacksmith.

- Disassemble the item to get back a portion of the crafting currency. 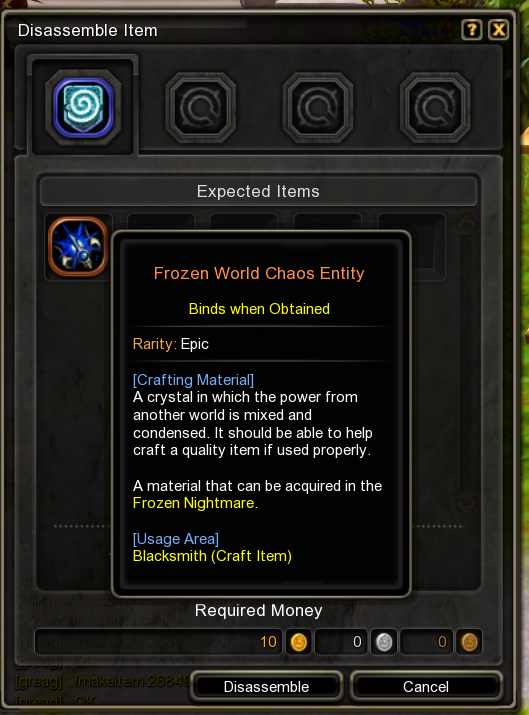 - We have released a new Frozen World Talisman.

- Frozen World Talismans can be evolved through 3 levels.

- You can upgrade to a higher level through a blacksmith.

- ‘Frozen World Talismans’ can be crafted through a blacksmith.

-Disassemble the item to get back a portion of the crafting currency. 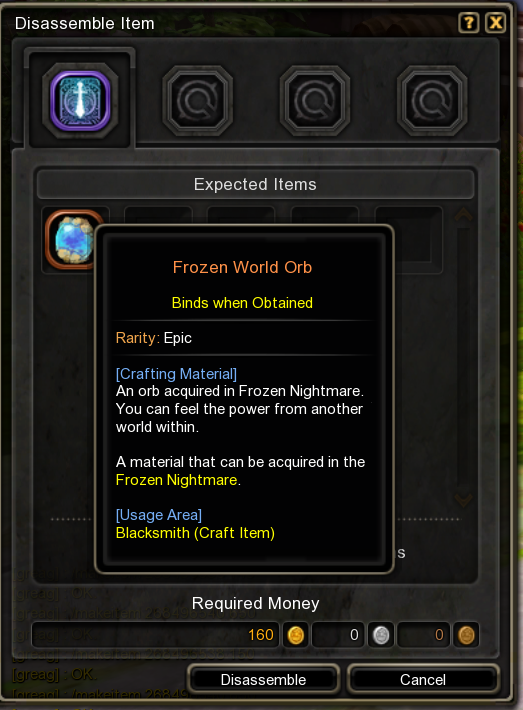 - We have released a new Frozen Nightmare Eye.

- ‘Frozen Nightmare Eyes’ can be crafted through a blacksmith.

- ‘Frozen Nightmare Eyes’ can be crafted through a blacksmith.

- Disassemble the item to get back a portion of the crafting currency.

◆ The amount of ‘Crystal Fortune Cookies’ acquired for some weekly missions has changed.

◆ A greater amount of Crystal Points can be acquired than those provided in [Trial] Nests.

- Achieve the special conditions and clear every mission!

- Collect all the titles that can be obtained in [Frozen Nightmare]

to complete the Title Collection and acquire titles 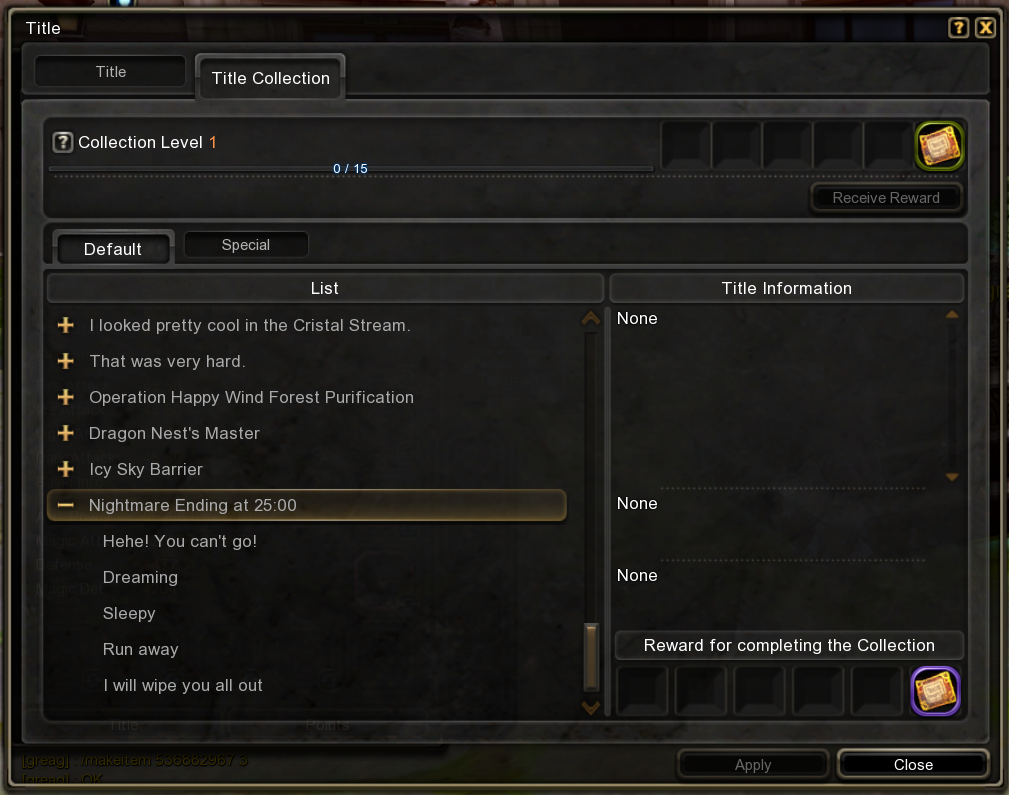 ◆ We have released a Unique Vibrant Talisman.

◆ Acquired by using a Sap of Life on an Epic Vibrant Talisman at Lv.5.

◆ A random additional stat will be applied upon carrying out item evolution. You can change additional stats later using Concentrated Oun Sweet Wine.

◆ With the launch of the Unique grade, the chances of Epic levels 2 to 5 appearing has been increased. 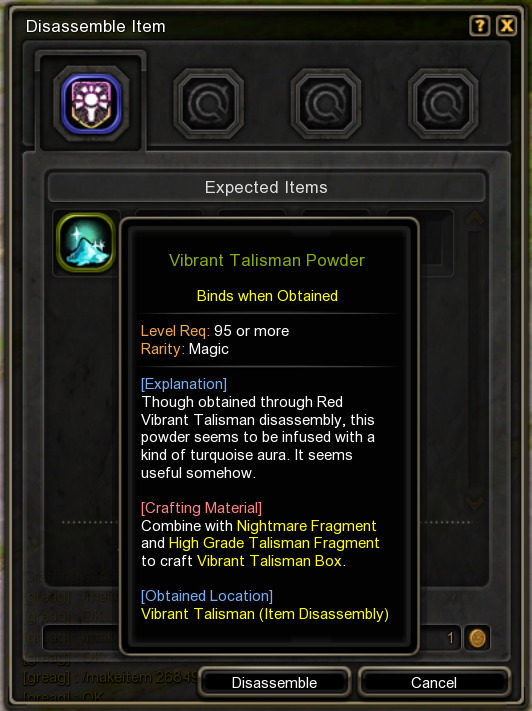 This is Dragon Nest Developer S.

Today I would like to inform heroes about the recent approach we have taken for improving Skill Dragon Jade and character balancing.

In order to address this issue, we have made partial improvements to Skill Dragon Jade with poor performance specifications, as well as the skills they enhance.

We made these modifications with a focus on narrowing the gap existing between the ‘Dreamy/Blood Moon/Verdure Dragon Jade’ used by a single class.

As Skill Dragon Jade balancing is closely related to the basic performance of the character, we will compensate for any shortcomings with a character balancing patch.

In addition, we are preparing a variety of ways to use each Skill Dragon Jade.

We will prepare the agenda so that you can check it as soon as possible.

A number of balancing patches will be applied in the near future.

There are two things that are at the core of the balancing agenda:

Item 1 addresses most balancing issues and is carried out by improving specifications.

Item 2 is mainly about addressing balancing issues with some classes such as Crusader, Black Mara, Blade Dancer, and Spirit Dancer.

We are working on trimming down this part because we feel some difficultly with providing a mechanism by which the cooldown of all main skills is recovered/reduced in a short cycle within a meta where skills are enhanced with items.

This problem should have been improved after a thorough review when Skill Dragon Jade was launched, but there were many shortcomings at the time that prevented us from doing so.

In particular, when overbalancing issues emerged, such as those involving Ruina and Smasher, we generally responded by simply lowering skill specifications.

In the future, we will prepare character balancing patches that will be received as an improvement in gameplay as opposed to a simple downgrade/increase of specifications.

We are planning on releasing two character-related patches, one minor and one major, between February and March.

We will continue to strive to provide quality content to players.

※ There was misinformation in the Patchnote. We are terribly sorry for the confusion and inconvenience.

Fixed the bug dealing damage higher than the ATK stated in the tooltips (ATK decreased approximately 1.7%)

We modified the effects to match changes to the blast radius.

- When a slot is added, all enhancements, stats, and additional stats are retained.

- The Frozen Dragon Jade slots added to items will be reset rather than retained upon disassembly/evolution.

- 3-slot [Minos Armor] enhancement, disassembly, and evolution works the same as for the current 1 and 2-slot versions. 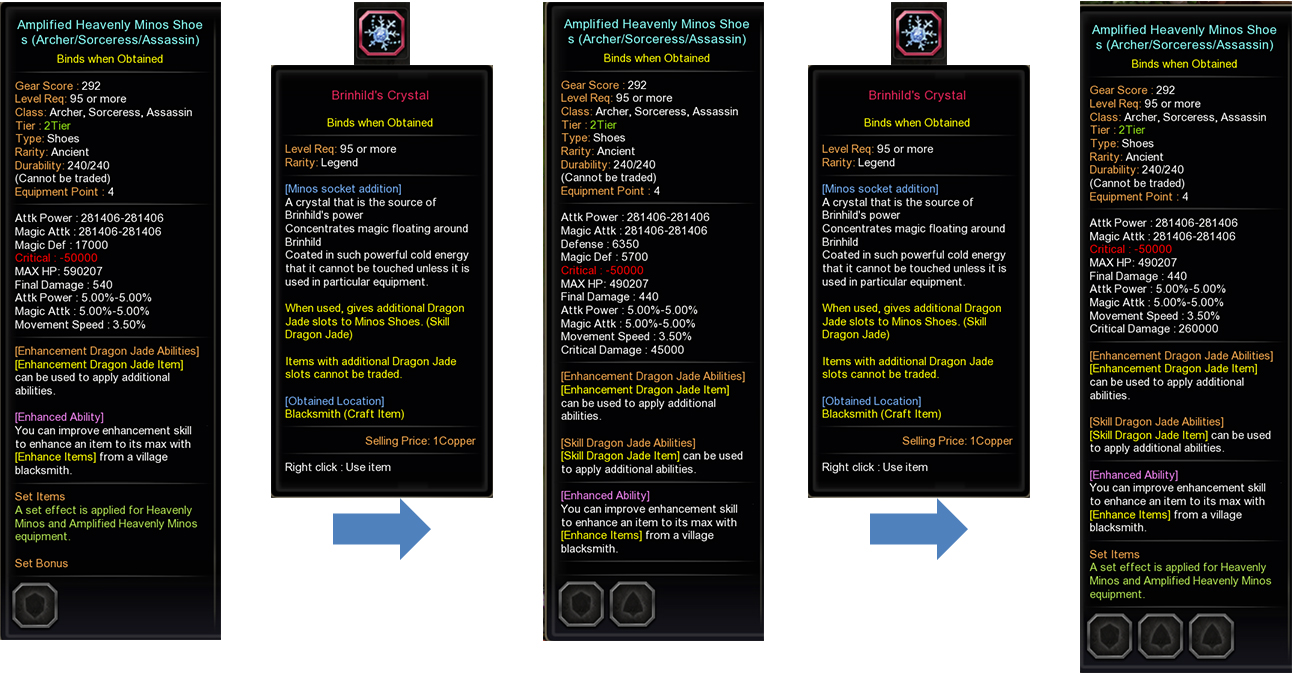 - Gold/Silver Box rewards can only be acquired when possessing a mission.

- Increased the chances of getting better rewards the higher the floor.

- ‘Shiny White Feather Pouches’ can be acquired at a low rate through co-op missions.

- Co-op missions give about 3x rewards compared to normal missions.

◆ Changed the grade of Oun Sweet Wine from Unique to Epic.

◆ Breath of Kilos items can be purchased in the Nightmare Shop.

◆ ‘Chaos Talismans’ can no longer be acquired from ‘Unidentified Vibrant Talismans.’ 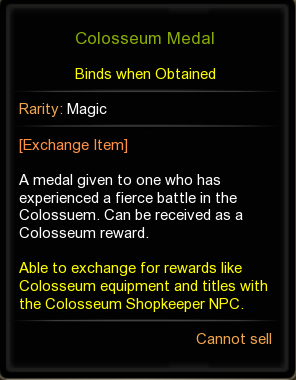 - 10 types of [Trial Nest]-related [missions] have been moved to [Normal]-[Sealed Traces]. 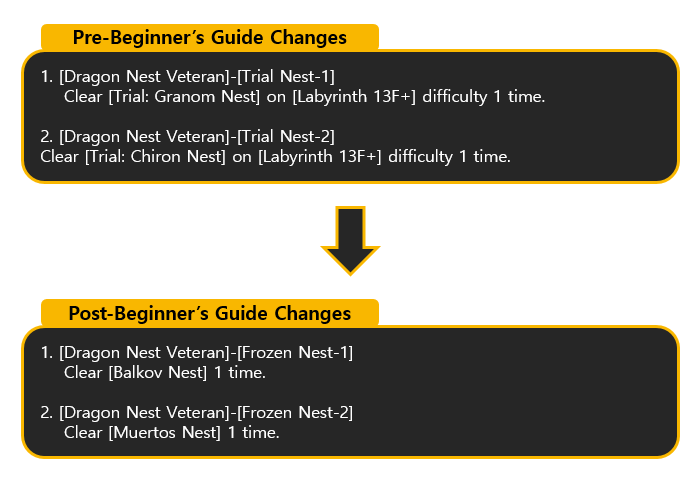 ◆ Palace Attendant Jeokwolyang will be on the site for Vandar's Main Quest [Puzzling Mission].

◆ Harmony Buff Skill cooldown will be applied properly after the skill activation.

◆ The damage output of Shoot the Moon Skill of Trickster under certain circumstance will be normalized.

◆ Screamer's skills will be reset due to fixing inappropriate skill function of Class Mastery. (Updated on 10th Jan. 2022)

Conversion Armor can be upgraded to +6 starting from the January Update Patch!

After a long age of peace, the Dimensional Rift has been infiltrated by abyssal energy, a power distinct from that of chaos.

This is darkness, the oldest and most fundamental poison festering within the Goddess.

and are holding an exclusive banquet of their own.

The longer this feast continues, the greater the Goddess's nightmare grows. 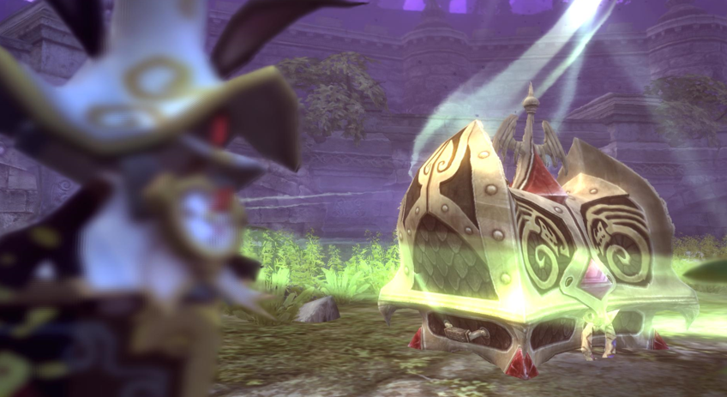 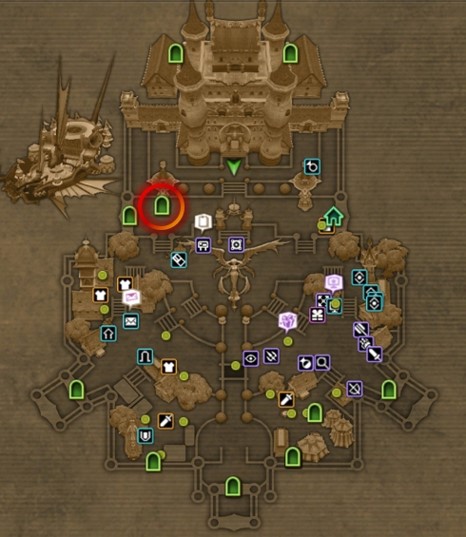 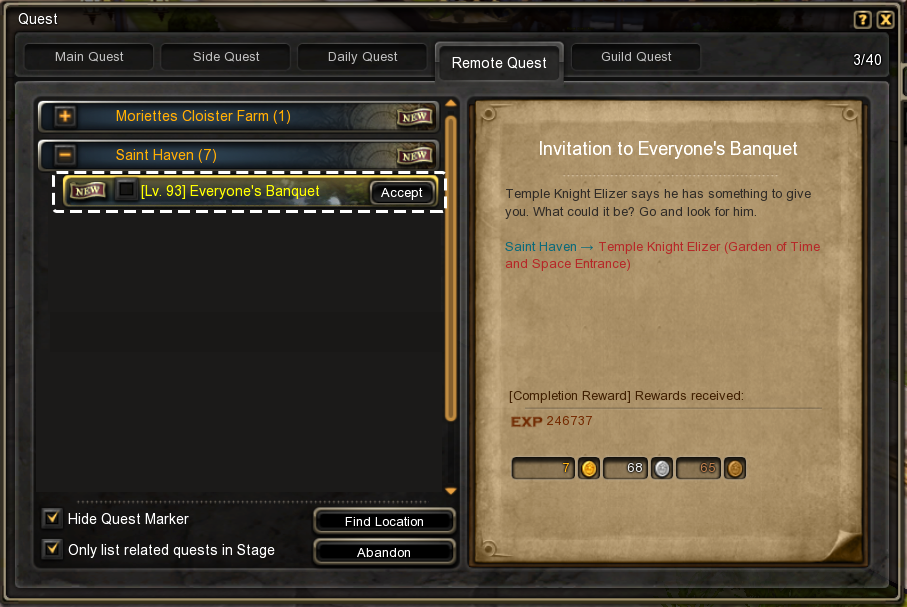 ◆ Entering a normal stage type brings you randomly to one of two random stages.

- There you can purchase [Ancient Element Enhancement Talismans] that increase All Attribute ATK.

- They initially come with a 0.5% All Attribute ATK stat value that can be developed to a maximum of 7.5%.

- Converters are consumed after a single use.

- The type of Converter that can be used depends on the current stat value of an [Ancient Element Enhancement Talisman]. Development proceeds as shown in the table below.

◆ Santa Orc's Escape Route has come to an end.

- [Santa Orc's Escape Route Map] items in possession will be removed during the January update maintenance.

- [Christmas Coin] items can be exchanged for other items in the Event Shop until February update maintenance.

◆ Best Hero Tournament has come to an end.

We have released an additional [Irine's VIP Premium Package] on top of the existing VIP Premium Package.
- Adventurers can acquire items required for their adventure along with an [Irine, Full of Love Mission Box].
- Can be purchased once a month per character.

- The following rewards can be acquired from each Irine, Full of Love Mission Box level cleared.

※ You can own more than one Irine, Full of Love Mission Box and there is no time limit for usage. However, Sunset Glow Keys must be used within 7 days.

- Sunset Glow Keys are required to open these boxes.

※ When a reward box appears, it changes to a status preventing it from being opened without a Sunset Glow Key. (The Sunset Glow Key is not consumed).

※ You can earn the final reward by clicking the opened reward box one more time. (The Sunset Glow Key is consumed) 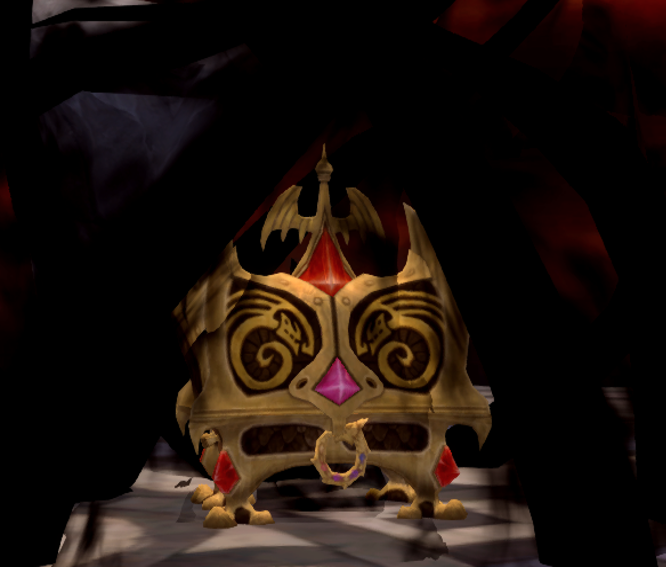 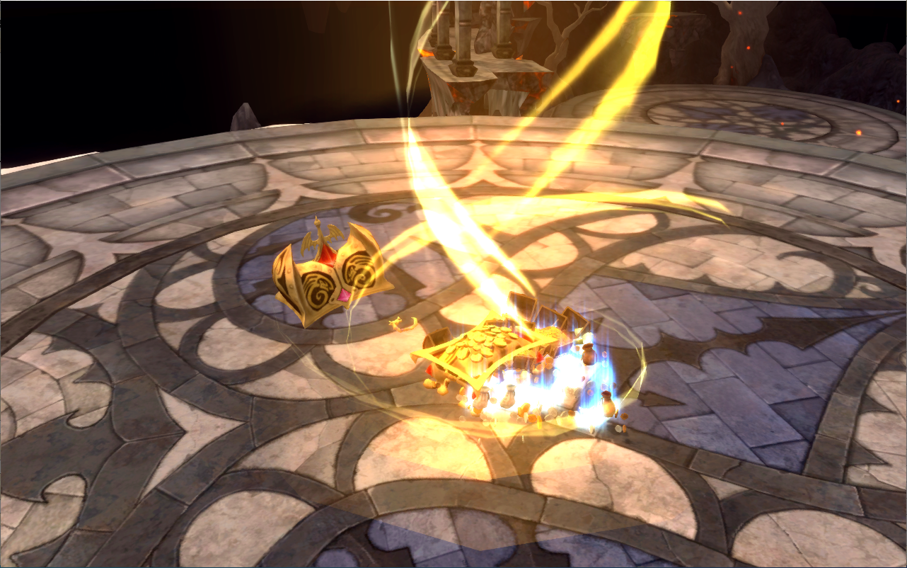 - Growth currency and a large quantity of gold is guaranteed to be acquired. The amount obtained increases with the Sunset Training Ground Labyrinth floor cleared.

※ Medical Team Costume packages will be removed from the Cash Shop after January Update.

The following costumes will be added to the Crystal Point Shop!

※ Please note that there is no Vandar's Lingerie Costume.

The following Wings, Tail, and Decal will be added to the Special Lagendia Pandora Box!

※ The Rabbit with a Watch W/T/D will be removed from the Special Lagendia Pandora Box after January Update. 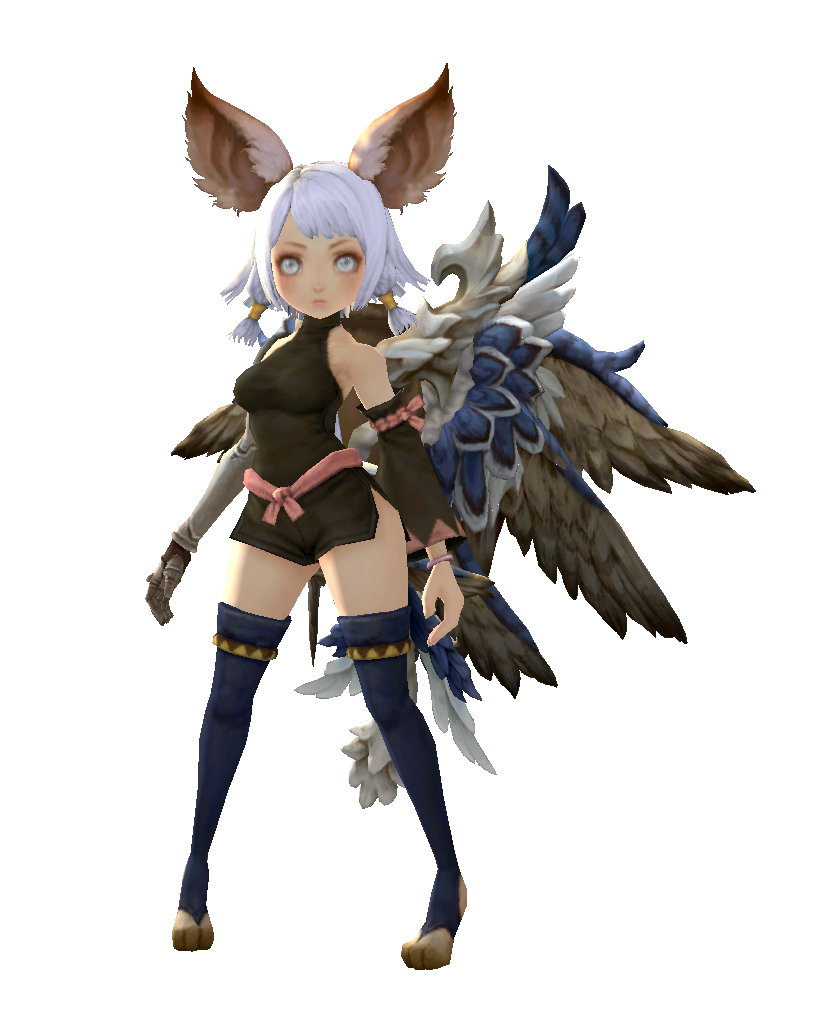 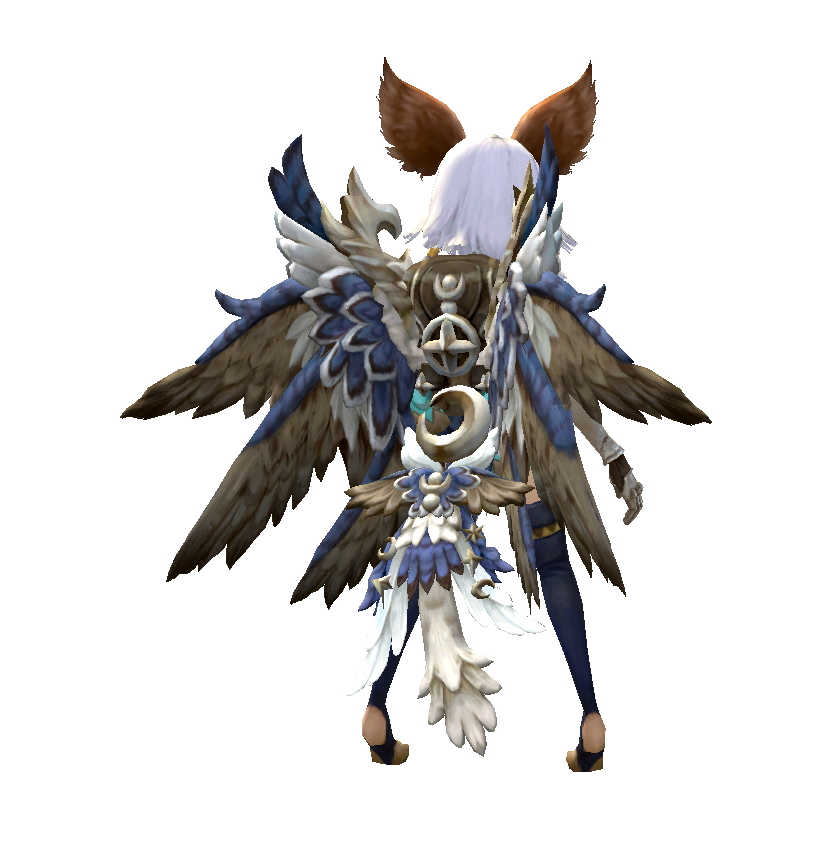 You can turn on or off to toggle between the big wings and the small wings!

Please note that the big wings are only available in towns! 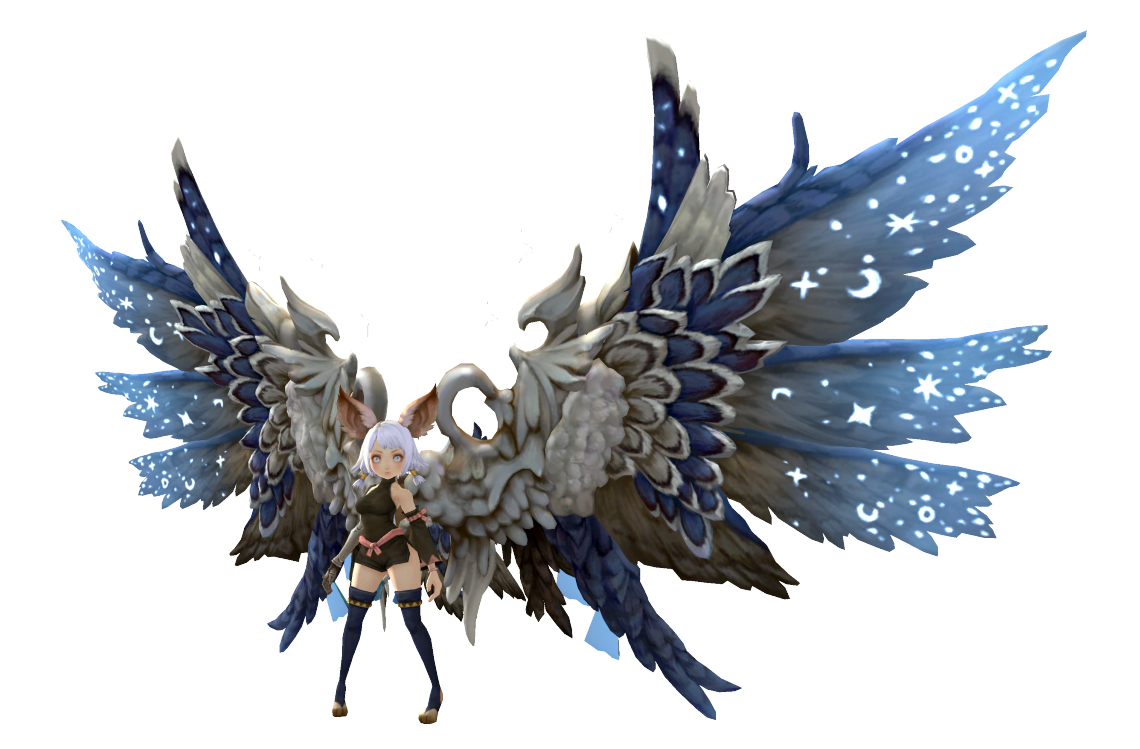 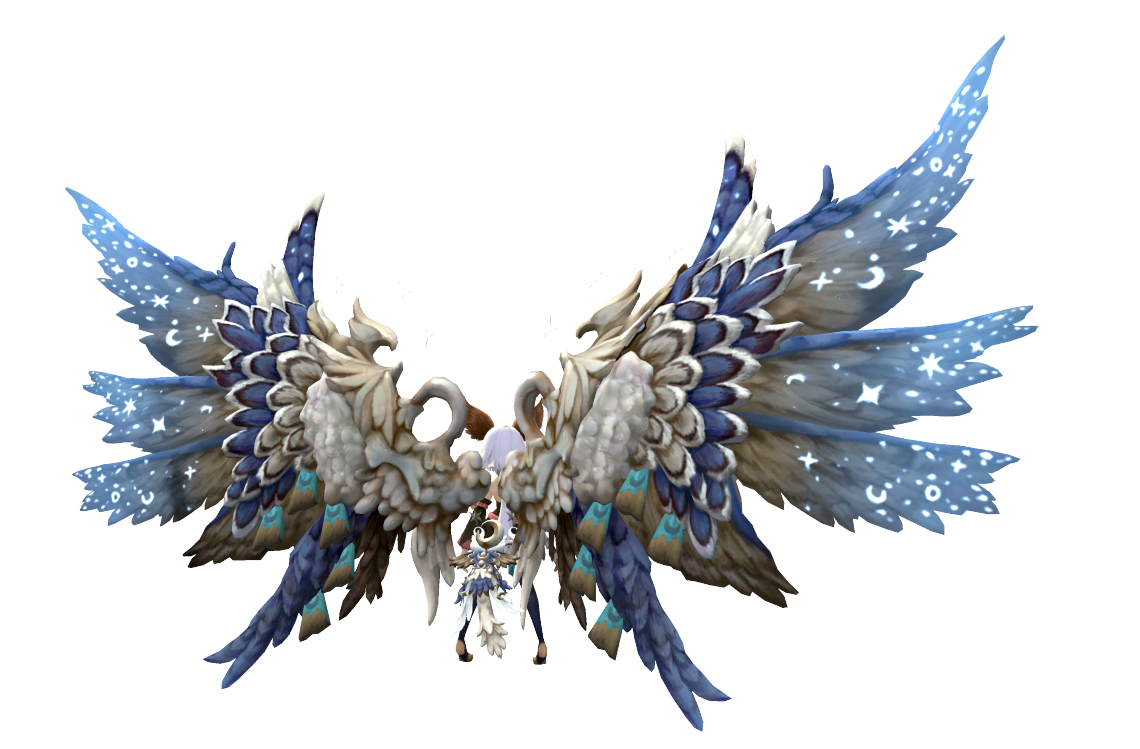 The following minion and accessories will be added to the Spirit Pandora Box and Pet Shop!

※ Unazukin will be removed from Lindsay's Pet Shop after January Update. 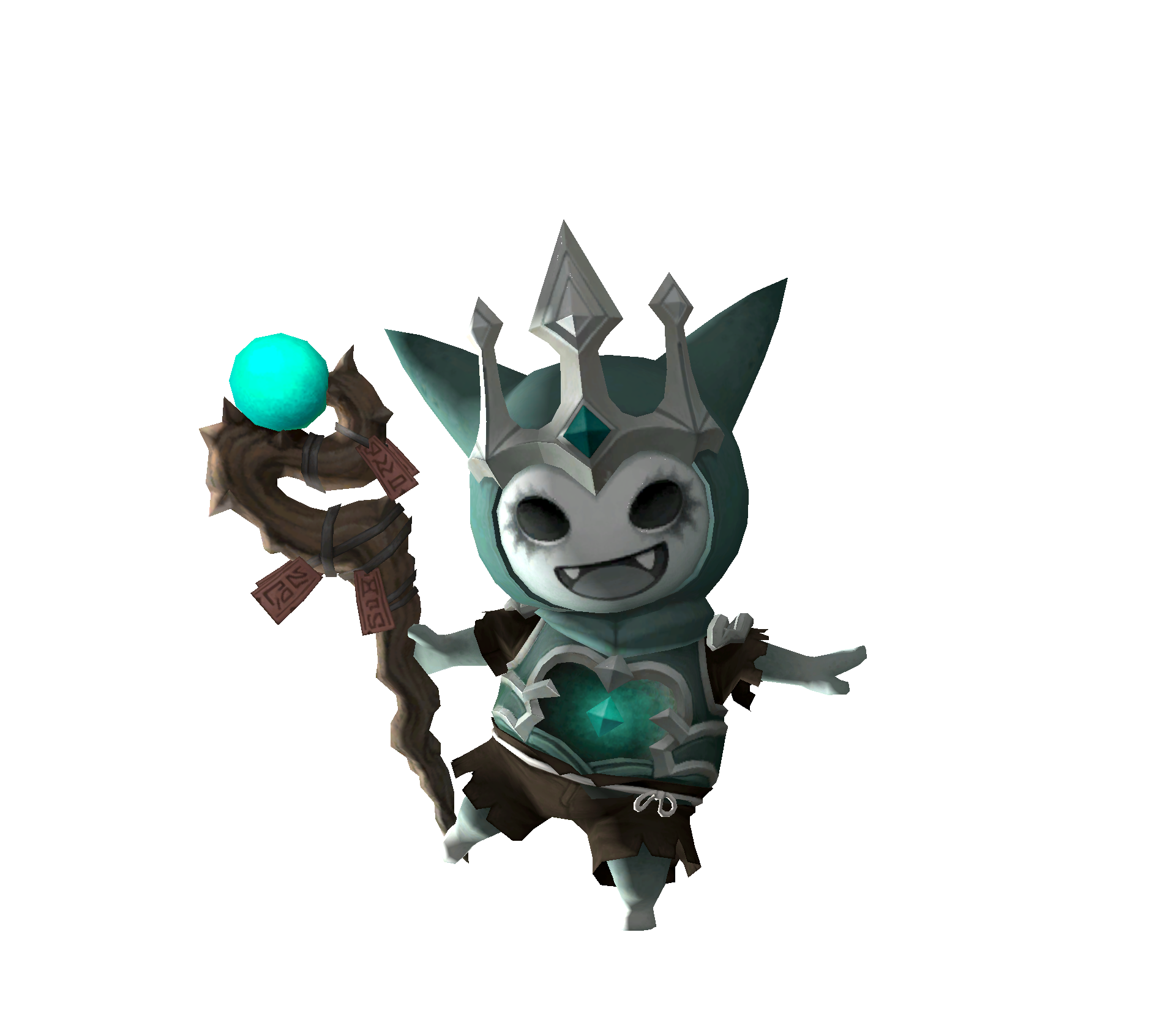 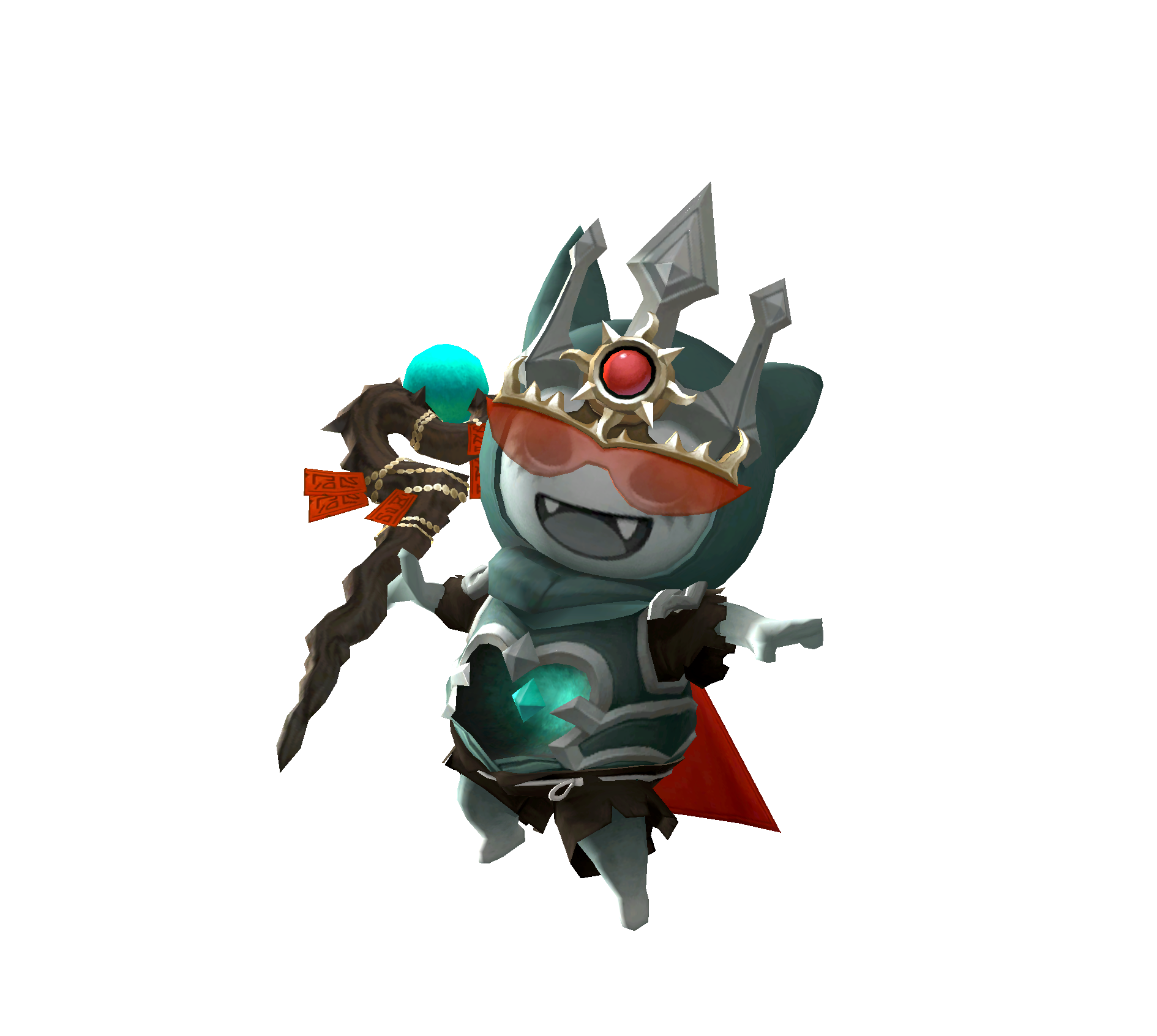 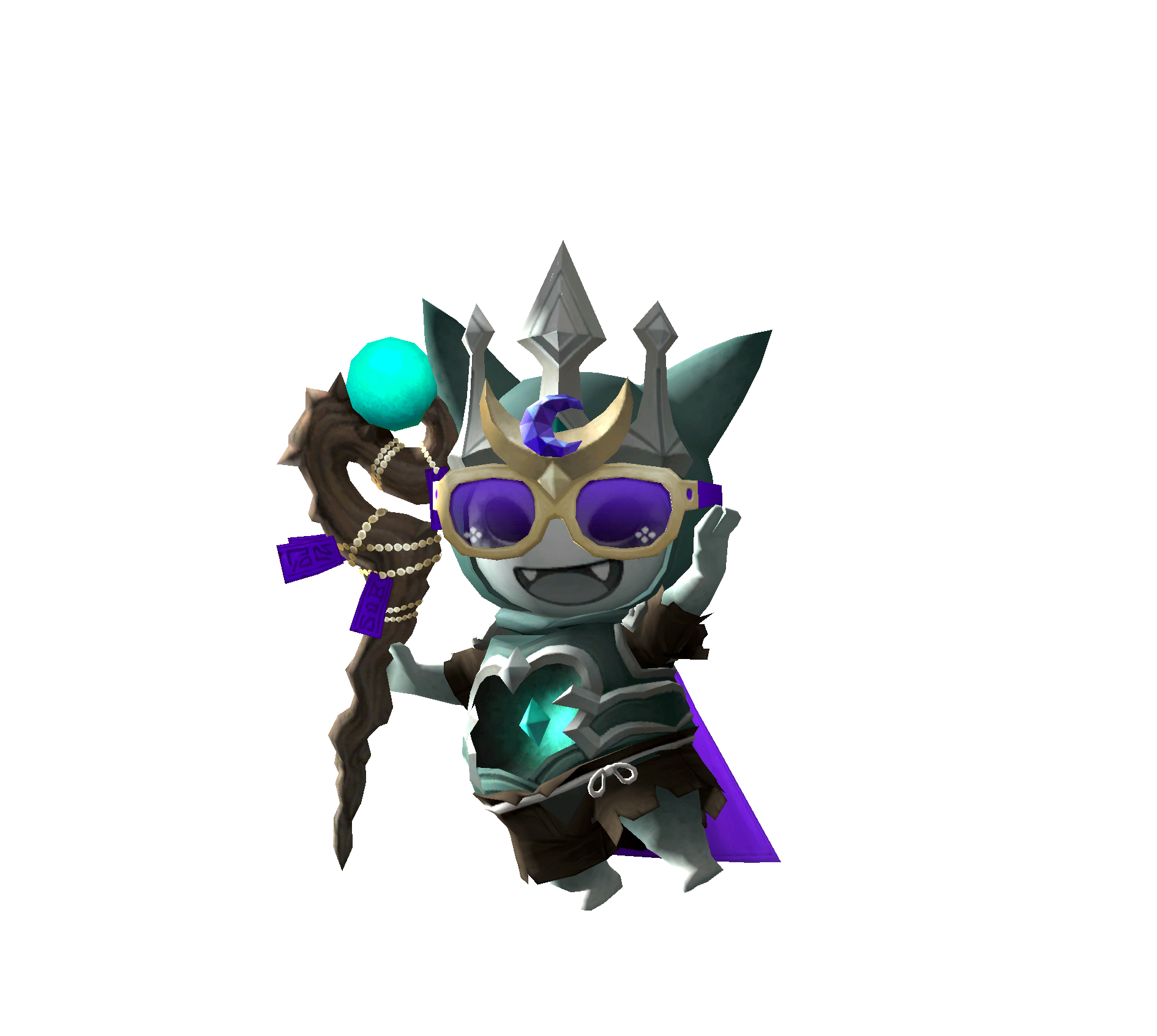 Frozen Heart Stat Converters will be permanently available in the Cash Shop until announced later! 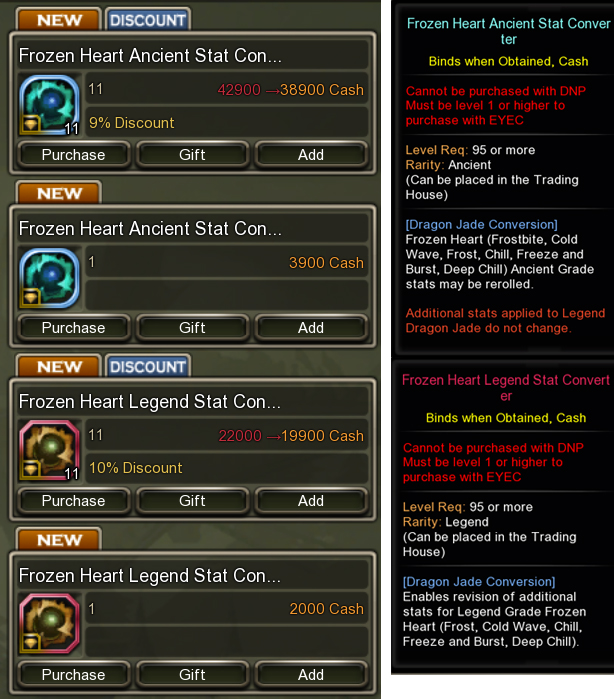 - Please note that this product cannot be bought with DNP.

- Any mistaken or accidental purchases by a lack of comprehending of these promotion details can be interpreted as attributable to the player. Please make sure to be informed correctly.

- Please note that the promotion period and details may be extended or reduced and changed in consideration of the operational circumstance at any time.

An Effect Weapon Exchange Coupon will be permanently available in the Cash Shop until announced later!

※ The Effect Weapon Exchange Coupon is currently exchangeable with the Frozen Weapons only.

※ More Effect Weapons will also be included in the coupon list in the future.

- Any mistaken or accidental purchases by a lack of comprehending of these promotion details can be interpreted as attributable to the player. Please make sure to be informed correctly.

- Please note that the promotion period and details may be extended or reduced and changed in consideration of the operational circumstance at any time.