Please refer to the event note that is previously up at here!

FTG discount event is back again! Are you tired of getting tired because your Fatigue consumed so fast? It's the time to enjoy Dragon Nest every weekend during the event period.

Please refer to Patchnote for the item stats.

Keep Your Eyes on Crazy Duck 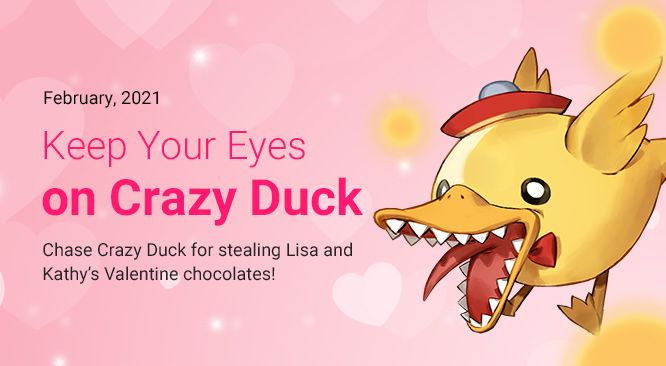 Defeat Crazy Duck appearing on stages for the chocolates that PM Lisa and Storyteller Kathy prepared for SEA players!

In addition, a Stolen chocolate, which can be obtained after killing Crazy Duck, allows to exchange the gifts they prepared at the Storyteller Kathy store. 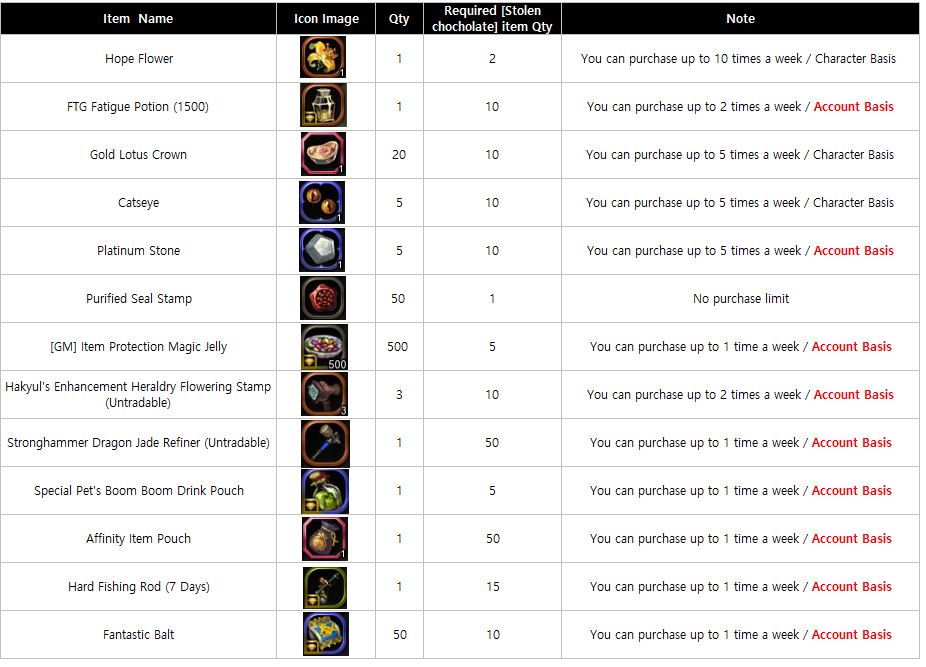 - Crazy Duck will appear at a certain probability in any stage
- Please note that we are unable to move the acquired items.
- [Stolen chocolate] items can be acquired until the March Update Patch.
- The event shop will be closed during the Update Patch on April 6, Tuesday.
- The event is available with characters from level 1 to 95.

1) DNP is not available to purchase the item.

To celebrate the new year, a Sharing Well-Wishing Words event to tell your friends will be held.

All those who participated will receive a Fashion Cap reward, a symbol of the year of the cow. We will give additional special rewards to the selected 3 players who wrote with their heart!

During the scheduled maintenance on February 23, Tuesday (GMT+8) 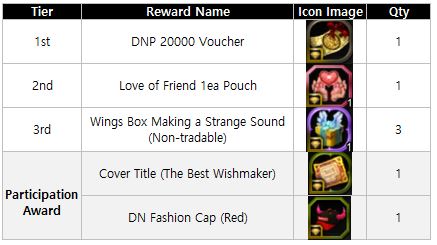 - Event rewards will be sent through a special storage during the scheduled maintenance on February 23, Tuesday.
- Rewards will be sent on a per-account basis, but it can only be received through a level 95 character.
- In the case of using explicit sexual expressions, swear words, profanity, and slang words that may cause general disgust, the in-game account may be restricted.
- If the tagged friend's IGN does not actually exist on DN SEA, the participanhts may be excluded from the winner list.
- The tagged friend's IGN doesn't include GM/PM accounts.

You can get all the rewards below by just logging in Dragon Nest everyday! Dragon Nest login relay has started! 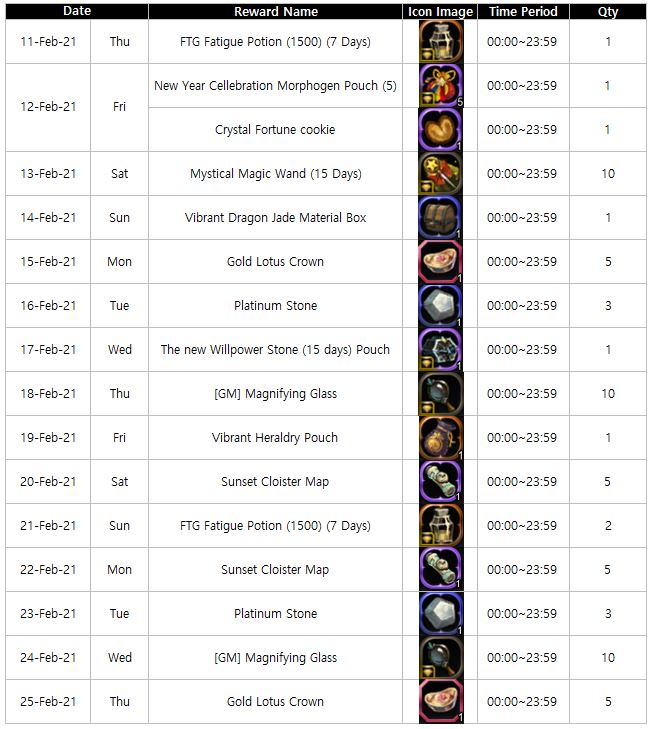 All of the DNP will be removed on during the March Update Maintenance as a monthly DNP reset Policy. So please make sure you purchase as many items as possible with your DNP before the Update date.