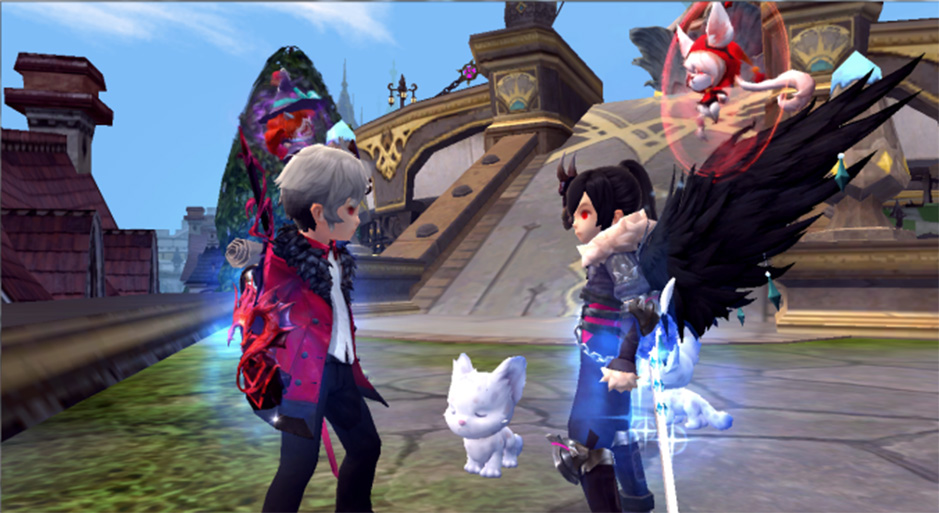 Q1. Please introduce yourself with your IGN.

Q2. Please explain what made you play Dragon Nest!

What made me play Dragon Nest was i saw this game in google search result when i was searching for a mmorpg fantasy game. And i got hooked by the controls and gameplay of Dragon Nest.

Q3. Do you have the best moments while playing Dragon Nest?

Yes, there was a moment, the best moment i could not forget.

It all started when i was still a rookie to the game. Back then i used to be a solo player who can't even make friends in game because due to being socially awkward in-game and in real life (and also due to gear discrimination). Suddenly I met certain players (Donkey) and (Fatbry) in a public party Fission Maze run before, whom invited me to their guild. This two player offered their hands first to a person like me who lacks gears and social skills.

After joining the guild called "GE", at first I wasn't able to converse with the other members until they help me with it slowly. I used to be called a rookie on a guild I used to reside with. It was a small guild, but it was a fun guild. We used to derp (play) around, killing each other in raids, nest, and any other places where we farm, do some small salt and insult talks to each other in a derpy (playful)) way. But it was fun despite the slaughtering tradition. I got so motivated on farming that I was able to progress my gears in a faster rate that they did not expect. Until they asked me to put my potential to the test. And there, this was the first guild, and the 1st team I cleared my Dragon Raids. Achieving something with your team/friends, I never knew a game like this would let me feel Joy and satisfaction. I still remember every time they tried to sabotage our runs just to kill someone and also me sabotaging our raids just for fun and to payback, good old times. It was a fun knowing them, they were good players and a good friend, until one by one they started to fade away and move on with life.

At one point i also went to short hiatus, after losing those people and the guild. Yet here i am still playing the game again, unable to let go. I have come to be attached of this game. I can't let go of those memories i had with them with this game. So i am playing this game again back to relive those moments of my old fellow friends. and Start a new yet familiar moments with new friends i might meet and know along the way.

Dragon nest wasn't just a game that we play, this game was also a means and way to bond together with my friends, chatting together, farming together to get stronger, to achieve the end game contents, and to enjoy ourselves with the game. I never knew this game would have grown attached to me. Despite, my old friends and the guild i used to reside with in this game already disband. I still can't let go of this game, because of those memories i have shared with them. And the moments i am making now with my new current friends and guild in game.

Q4. If you have your own know-how to enjoy Dragon Nest even more, please share!

Simply play the game with your own pace, play it with the dear friends you have in this game, and i guarantee you, this game will be a game you will grow attached with.